Wilbur You: From Humble Beginnings to Marketing Empire 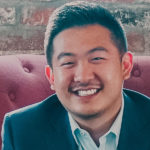 With $600 and nothing to lose, then-22-year-old Wilbur You launched a marketing agency — and, in just seven years, built it into a $20-million-plus award-winning marketing agency. Now 29, You, CEO and founder of Youtech, sits on various advisory boards and is a published author, with his first book, Happy, Humble, Motivated, released this year.

What began in 2012 as a team of three, Youtech now has more than 50 employees throughout its offices in Scottsdale, Arizona, and Naperville, Illinois — with only more plans to expand. From humble beginnings of working on $500 websites, the Youtech team now works on million-dollar deals with some of the largest companies and franchises in the United States. What You is most proud of, though, is that Youtech has done business the right way and created an environment wherein everyone brings value and feels like an asset to the company.

You founded Youtech & Associates in June of 2012 after a month of researching the marketing industry, tech trends and contemplating if he could seriously do this thing called business. Prior to starting Youtech, You began his career working in corporate America as a marketing director, gaining experience and learning how real corporations function. Although it was frightening, he figured he had nothing to lose on this new venture.

With his goal of completely shaking up the marketing industry, it took You’s young instincts, determination, a lot of networking and caffeine to get Youtech off the ground. At 21, You quit his job in the city and abandoned everything he used to do wrong. He decided to find and build a team that could help him do this project right and, on July 24th, Youtech & Associates was born. An integrated marketing and development agency, Youtech embraces the connection between data and the organic generation of consumers for its clients’ products and services through marketing, development, branding and public relations.

Youtech & Associates is not the first business You has started. He’s had the entrepreneurial itch to start a business since he was 10 years old. With the means of computer programming, You created a game server and started selling virtual items, eventually earning on average 15,000 active users and making about $5,000 per week — before receiving a cease and desist order from the developers.

Creating something from nothing to make a positive difference in the world was — and still is — what You knew he wanted to do. With Youtech, everything seemed perfect when it all began. The team had visions of being successful and having everything they could ever want. But quickly, reality struck, and he realized they had no money, no connections and, most importantly, no clients.

According to You, starting Youtech saved him. In that period of his career and life, he faced several hardships. He was struggling to define who he was, what he wanted to do, and who he wanted to surround himself with. He always enjoyed being busy, working toward a goal and making things happen. But life doesn’t always follow the path we have laid out, and, as he quickly learned firsthand, neither does business. He had to learn to let go of what he could not control. In the end, everything Wilbur learned from starting Youtech changed his life.

In the first couple of months, the team welcomed anyone and any project, large or small, to build Youtech’s client base. They would work 80 to 100 hours a week, day and night, to acquire new clients, brand the Youtech name and work toward more stable earnings. With $2,000 they had saved up, the team took a leap of faith and signed a lease for an office in downtown Naperville, Ill. They had no way of knowing if Youtech would be successful nor did they have the funds to sustain the business much longer. Their risk and incessant hard work were soon rewarded as the phones started ringing from other business owners who saw and heard about their work around town in the following weeks. Before long, Youtech had a powerhouse list of clients and businesses waiting for their top-tier services.

For Wilbur You, it is the best feeling in the world to know that Youtech was built from nothing into something greater than just one man. The team is immensely proud that, over the years, it has not taken a penny from outside investors or seen a red line of debt. They bootstrapped their way to the top, proving that, with hard work, passion and no shortage of good ideas, even those who come from humble beginnings can build an empire.

Getting to Know You

Did you Know: Youtech & Associates was recently recognized as an Inc. 5000 Company for the fourth year in a row, coming in at number 2,683.