by Kevin Surace, CEO of Appvance 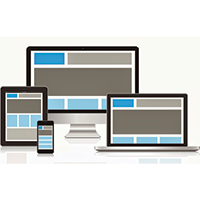 The recent high-profile misfiring of the launch of the U.S. government’s healthcare website may have captured the headlines, but most brands and corporations make similar mistakes when launching their own mission-critical mobile or Web apps.

In the release of HealthCare.gov, hundreds of millions of dollars were spent, outages and slow response were the norm and major brand equity was lost. The government’s mistakes, however, offer business the opportunity to take away a lesson on preventive software testing.

Mistake #1:  Back-Loaded Testing Schedule
When app development inevitably falls behind and testing is left until right before launch, it’s too easy to cut corners and skip deep scalability and performance testing.

Mistake #2:  Poor Testing Productivity
If it takes days or weeks to create and execute tests (instead of a few hours), then the company’s testing coverage will likely be limited.

Mistake #3:  Unnecessary Reliance on Code
Testing engineers are probably not a company’s best coders, so a website that requires there be substantial code written to create deep load tests is just setting  up for errors or failure.

Mistake #4:  Limited User Pathways
If a company is testing only a few user scenarios — not the dozens of variations that occur in modern apps — then it won’t uncover hidden performance and security bottlenecks.

Kevin Surace is CEO of Appvance, which provides load testing software for businesses.