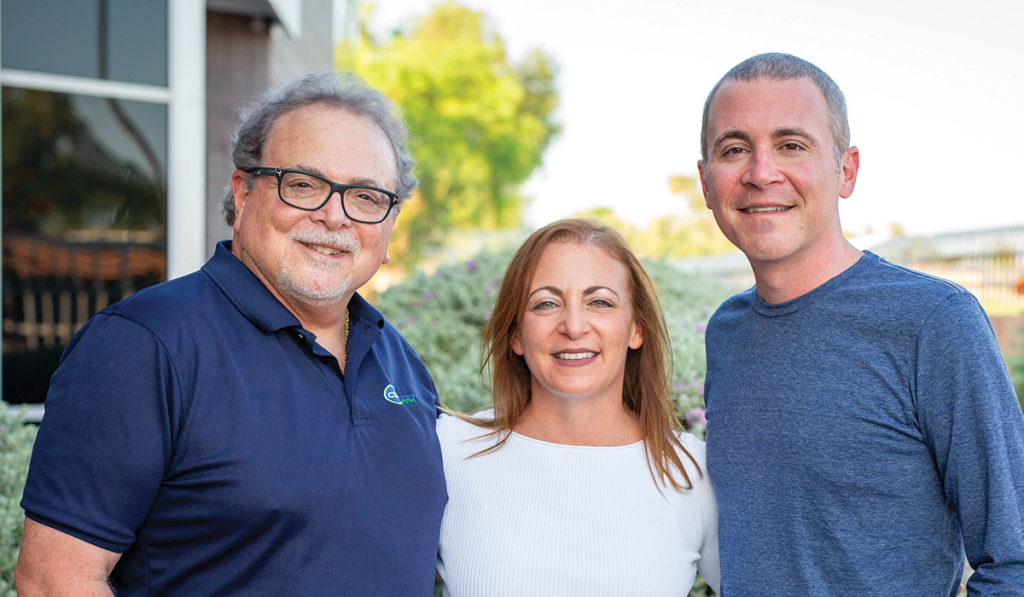 The electrical construction industry looked very different in the 1970s. Processes that are streamlined now were much more time-consuming 43 years ago without the help of the technology we have today. However, nothing could deter Steve Maderazzo, then in his mid-20s, from starting a company from scratch and in 1978 Canyon State Electric was founded.

Despite having no entrepreneurial experience, Maderazzo succeeded through his positive attitude and drive, working twice as hard to convince general contractors and business owners that he could deliver high-quality results and complete their projects on time.

“I’ve always been a positive person and when I have my mind set on doing something, I will get it done,” Maderazzo says. “I had to work hard to build a solid reputation in the Valley. Being so young was definitely a bit of an obstacle, but I never let it stand in my way.”

Maderazzo’s perseverance paid off. CSE quickly made a name for itself as a reliable, high-quality subcontractor and was entrusted with electrical installations of increasingly larger construction projects throughout the Valley. CSE adapted quickly to industry and technology changes. Maderazzo and his team understood that to stay ahead of the competition they needed to integrate new technology. Throughout the decades, technology that was revolutionary at the time, such as the fax machine, was always adopted quickly. Computers and mobile technology further paved the way.

Difficulties arose during the 2008 recession when CSE, like many others, took a major hit. The company’s revenue dropped from $40 million to just $9 million. The banks urged CSE to shut down operations, but Maderazzo and his team persevered by creating a stream of additional revenue from their new branch, Super Electric, servicing residential customers.

“It was definitely a difficult time for the company during the recession,” Hughes relates. “However, as a team we learned a lot and continued to grow despite the economic turmoil. Through the knowledge we gained during that time, we are more flexible, adaptable and ready to take on any new challenges that may lie ahead.”

A fresh concept that Hughes brought on was a free education program she built to be an investment in CSE’s employees and to help with the retention of a talented workforce. The University of Canyon State Electric offers courses for all employees to gain knowledge and skills, building their future success in the company.

Christopher Maderazzo put increased focus on philanthropic endeavors, energizing his teams to consider both the economic and environmental sustainability of the organization. CSE most recently started using solar-powered trailers on job sites to lower cost and conserve energy.

By pursuing a variety of projects in various industries — including multifamily, hospitality, retail and more — CSE has been able to keep business booming. However, innovation is the bread and butter to leading the company into the future. Technologies such as Virtual Design and Construction (VDC), drones and robotics began to filter into the industry.

CSE now has its own 3-D modeling department utilizing VDC, along with drones and robotics to streamline the entire construction process, often cutting projected timelines nearly in half while still maintaining high quality standards. Visualizing potential issues before projects even break ground saves its clients valuable time and money.

“Being quick to implement new technology into our processes has greatly benefited the overall success of our company,” Hughes says. “We ensure that our teams are effectively trained and ready to use all new tech before integrating it into the field. Being able to do this efficiently has kept us on top of this competitive industry.”

With new projects continuing to come down the pipeline, CSE does not have any reason to slow down. Despite its continued growth and expanding team of, currently, 170 employees, as the Valley’s leading electrical contractor, CSE still maintains the same family values and welcoming culture that it has upheld for the past 43 years.

“We’ve been very fortunate to have had the opportunity to serve the community for this long,” Steve Maderazzo says. “I’m very excited to see what the future holds for us.”