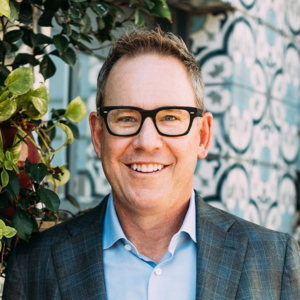 Sam Fox was raised in the hospitality industry. Much of his childhood was spent in his parent’s Tucson restaurant, treasure hunting for change under the seats at night and, later, waiting tables and helping out in the kitchen. At 20, he dropped out of the University of Arizona and used his tuition money to open his first restaurant. In 1998, he launched his first FRC restaurant — Wildflower American Cuisine. Fast-forward to today, Fox is one of the country’s leading restauranteurs and premier hospitality brand developers. As a12-time James Beard Award nominee and a New York Times best-selling cookbook author, he has opened more than 100 restaurants with many more openings cooking for 2021 and beyond. In 2019, Fox announced the sale of his restaurant group, Fox Restaurant Concepts (FRC) to The Cheesecake Factory. As the founder of FRC, Fox remains responsible for its day-to-day operations, forming a one-of-a-kind partnership never before seen in the restaurant industry.

In May, Fox made national headlines when he announced his foray into luxury hotels with The Global Ambassador, an internationally inspired hotel opening in late 2023, at one of the most high-profile intersections in Arizona: 44th Street and Camelback Road.

“The Global Ambassador is a deeply personal, legacy project for me that furthers my pursuit of combining unmatched hospitality with culinary excellence,” said Fox, who will manage, operate and co-develop the hotel under his newly formed Author & Edit Hospitality company. “This is so much more than a hotel; it’s a luxury lifestyle brand that we hope will inspire and draw travelers from all over the world to explore Phoenix in a new way. The Global Ambassador is the natural evolution of my passion for creating memorable hospitality experiences.”

Much of Fox’s success is often attributed to his keen ability to spot trends before anyone else. Unlike big hotel brands, Fox plans to play by his own set of rules just as he’s done for more than two decades in the restaurant business.

“Hotels today have become a limited set of experiences. We’re not subscribing to the functional requirements of traditional hotel developers; if it doesn’t enhance the guest experience, I’m not interested in it. With The Global Ambassador, we’re bringing an all-encompassing set of experiences together with the restaurants, wellness offerings, a private member’s club and a luxury hotel. Long before we designed the 141 rooms, we honed in on the culinary offering, the programming, the community engagement aspect and so much more. This hotel is solely built on enriching, dynamic experiences that are constantly evolving. You just won’t want to leave.”

What’s part of Fox’s secret sauce? Consistency. Fox attributes years of consistency in one of the toughest businesses out there — the restaurant business — as a major factor in his success.

“I’ve set high standards and my team has been able to uphold those standards day-in and day-out. It’s taxing, but it’s rewarding and really sets us apart in our industry. We’re now applying those same standards to the hotel business,” says Fox.

Longtime guests of Fox’s restaurants will notice a common thread when they enter the doors of The Global Ambassador: the attention to detail. Every aspect of the well-appointed hotel has been meticulously pored over, studied and designed by Fox himself. Each hallway, tucked-away courtyard and amenity of the Global Ambassador is purposefully designed to elicit one cultivated experience that is rich in charm and sophistication.

“I want to control the entire guest experience from start to finish. We are the ambassadors of every aspect of the hospitality in the building and I think that’s a pretty special thing,” says Fox.

One mark that is often missed by hoteliers is the ability to create an outstanding food and beverage program that keeps guests on-property and drives hotel revenue. Fox already has that in the bag. A stellar lineup of inventive culinary offerings will define The Global Ambassador. The hotel will boast five original dining venues with cuisine influenced by the vibrant flavors from all over the world. The pièce de resistance will be the Mediterranean rooftop restaurant that overlooks the iconic Camelback Mountain.

Fox is co-developing The Global Ambassador with his trusted collaborator, business partner and friend Brian Frakes of Common Bond Development Group, a company known for its notable lifestyle development projects. Over the past year, he and Frakes have been influenced by what society has most been lacking: socialization.

“With The Global Ambassador, we wanted to lean into getting back to being social. We didn’t want to create to-go experiences or too many private areas that put up barriers and restrict gathering. This hotel is open and all-encompassing. We want people to reconnect and celebrate being together. Welcoming people into our neighborhood is the premise and foundation of The Global Ambassador.”

As one of the country’s leading restauranteurs and premier hospitality brand developers, Sam Fox has been named one of the 50 most influential people in the restaurant industry by Nation’s Restaurant News for five consecutive years.