Restaurants: Setting the Table for Business 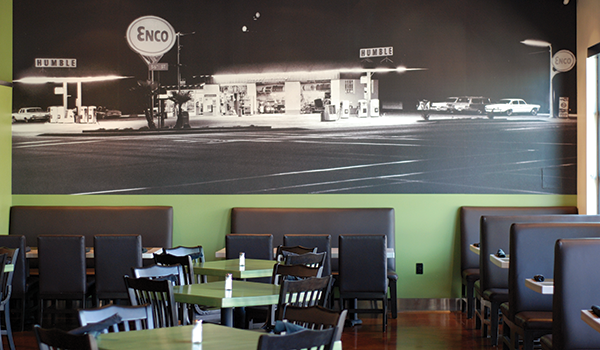 To the casual observer, the restaurant business is exciting, even glamorous. Many chefs and restaurateurs enjoy household-name status and snag as many headlines as rock stars. Plus, being a foodie is hip, and the public fervor for flavorful fare makes restaurants more vital than ever.

Add to that the fact that Arizona is seen as a growth market, and it’s no surprise that restaurateurs are tempted to open up shop here. In fact, according to the National Restaurant Association’s 2012 Restaurant Industry Forecast, the Grand Canyon State’s sales are expected to reach $9.9 billion this year. In addition, the report singles out Arizona as one of two states (Texas is the other) “predicted to experience the biggest leap in job growth.” Arizona’s restaurant and foodservice employment number for 2012 is pegged at 260,000, but by 2022, the number is expected to reach 303,000, an impressive percentage change of 16.4. So, despite the anemic economy, restaurants appear to be a fairly safe haven.

Nevertheless, a restaurateur’s lot is tough, anything but glitzy. There are fluctuating food costs, supply-chain issues and a harsh environment (can you say “summertime?”) that chews up and spits out eateries daily.

A Taste for the Industry
Michael DeMaria, the renowned chef behind Heirloom restaurant, Mid-City Kitchen and M Catering by Michael’s, says surviving in the industry often comes down to being creative. With food costs that have jumped from 30 percent to between 35 and 38 percent of a restaurant’s expenses, he’s talking about overall menu and not just the individual dishes. That means keeping easy-to-spoil menu items like fish to a minimum, running menu specials “so you’re not wasting anything,” and using cheaper (and previously under-appreciated) cuts of meat, like skirt steak, flank steak and flatiron steak. 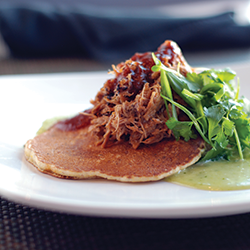 “It’s not always easy to get it right, but you get tuned in, and you do your best to stay ahead of the eight ball without losing fresh food to the circular bin,” says Anndee Rickey, the owner of Kitchen 56 in Phoenix’s Arcadia neighborhood. She grew up in the restaurant business, doing stints as a server in restaurants her father ran outside of Philadelphia. But when she — after first following a career in arts education research — and her business and life partner, real estate developer Andy Miller, decided to open a restaurant, they surrounded themselves with talent in a consultant and experienced personnel. Even so, Rickey says Kitchen 56 occasionally runs out of items and, on other occasions, donates extra food to local food banks. She thinks customers understand.

Availability Issues
Michael Nelson, owner of the Southwestern-inspired TQLA in Mesa, says supply issues take on an additional challenge for smaller operations like his that also have locations in other states. He says since TQLA tries to find fresh, locally sourced items, maintaining product consistency between locations can be difficult. When his staff discovered some items are not available in Arizona, they had to find other brands and spent a lot of extra time re-making recipes of some items — ultimately giving them a different taste profile from the original.

“A good example is our house margarita,” Nelson says. “We spent months on our recipe in Houston trying to get the right balance of flavors and, when we were working on the Mesa location, we found out that our tequila is not available in the state and the juices we use were not carried here as well. We worked closely with our vendors and went through a lot of trial and error to come up with a great margarita fitting of the TQLA name, and, so far, we have gotten a great response from our guests.”

Surviving the Environment, Trends
Because the Valley’s scorching temperatures disperse the locals — not to mention drying up the significant business from tourism — practically every area eatery takes a serious hit come summer. DeMaria, for example, estimates his business was down about 20 percent this past summer. Rickey equates Phoenix to a beach town, just on an opposite cycle. The three-month void means restaurants must budget accordingly, and for Kitchen 56, that means “what you make in high season isn’t spendable,” Rickey says.

But the real numbers game for her is “staffing versus guests,” trying to determine how many guests there will be on a given day and serving them well while also meeting the needs of a full-time staff who expect a certain income. Although she’s learned most of her clientele comes from within a three-mile radius, Rickey says Kitchen 56 uses point-of-sale software and an online reservation system to get a real-time view of how traffic patterns change monthly, weekly, daily and even shift to shift. “The best part of running this restaurant has been providing full-time jobs for people,” she says. “The learning curve is steep and painful, but we’ve gotten to the point of loving it.”

French-born Vincent Guerithault, of the acclaimed Vincent on Camelback, says it’s also important to understand the importance of keeping up with trends. About 10 years ago, he opened an adjacent bistro that serves meals at lower prices. He also offers catering, runs a seasonal outdoor Saturday market and a corporate delivery service and, two years ago, he and wife, Leevon, remodeled their main restaurant and opened a lounge.

Nevertheless, many of the industry’s basic tenets are as true today as when Guerithault was a 16-year-old apprenticing at a restaurant outside Paris, or when he first came to the United States from France and worked for Chicago-area restaurateurs Jean and Doris Banchet, who instilled in him their passion and drive for perfection. “You have to be ready to make the commitment to be available 24 hours a day, seven days a week,” he says. “You need to be involved in your business and not rely on other people to run it for you, [and] you need to be able to handle a lot of stress and pressure!”

As a chef, attention to food matters can distract from other aspects of running the business. DeMaria notes the value of having someone on board who’s fiscally responsible and can “keep the chef under control,” and he’s a big advocate of turnkey operations. But he also stresses the importance of getting out of the kitchen to build name recognition. “You have to really do everything,” he says, whether it’s a TV appearance or participating at a charity event. “If you do nothing, you won’t be around.” 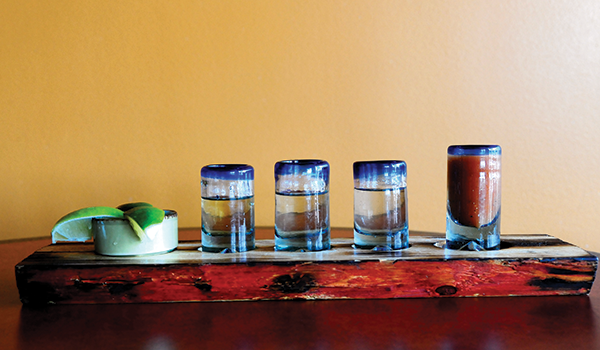