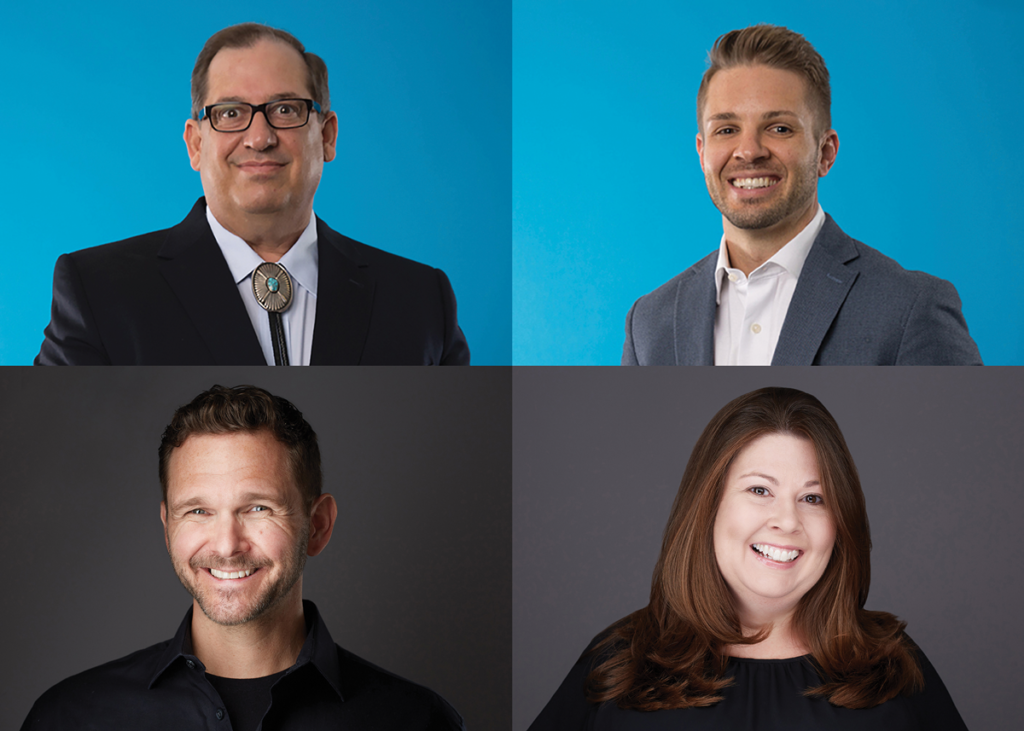 A lot has changed in the world of advertising and marketing since Matt Owens and Scott Harkey launched OH Partners 12 years ago. Owens grew up working in his late father Bill Owens’ Phoenix advertising agency, Owens & Associates. Harkey, who always had an entrepreneurial spirit, started his career selling radio ads.

While second cousins, they really didn’t know each other until Harkey cold-called Owens. The two became good friends, and then they co-founded Owens Harkey Advertising, initially working from the kitchen table of Owens’ condo in Scottsdale. The firm’s growth exploded, and the agency was rebranded as OH Partners in 2017.

“Early on, we knew that media consumption was changing dramatically,” Owens says. “It was crucial for us to become a modern agency. We changed our business model to become a rapid results agency and bridged the chasm between the traditional agency of the past and the dynamic, disruptive startups of the present.”

That same year, Airbnb was looking for a new creative agency, and OH Partners decided to pull out all the stops. “We converted our office into an Airbnb listing, hosted a 24-hour livestream with dozens of guests and generated non-stop social content,” Harkey says. “After only 17 hours, we received a call from Airbnb’s former CMO Jonathan Mildenhall, who said he loved what we were doing and wanted to talk about upcoming work.”

While the opportunity didn’t pan out — Mildenhall left Airbnb — the risk that Owens and Harkey took changed the trajectory of their agency for the better.

“We started pursuing national accounts aggressively,” Harkey says. “We stopped apologizing for being a ‘regional agency’ in pitches. We just showed them what we could do. In the three years since we pulled that Airbnb stunt, our business has grown by more than 400 percent.”

But the advertising industry continued to be in a state of flux, particularly as marketers’ needs changed. “It’s a key reason why we formed OH Holdings,” Owens says. “We’re now a family of specialized agencies equipped to meet the rapidly growing demand for more specialized marketing services. Scott and I serve as co-chief executive officers of OH Holdings and Scott serves as president and CEO of OH Partners.”

“This was a strategic move for us all,” says Tim Washburn, Nomadic co-founder and chief creative officer “It’s a way for us to fast-track the realization of our vision, to build an agency specialized in using social, streaming and search channels to generate brand growth, not just awareness. Joining forces with OH Partners gives Nomadic access to complementary disciplines like media, social, PR, influencer activation, digital channel management and in-house film production. The promise of it all is very exciting.”

Washburn and Harkey met more than 10 years ago and started talking seriously about working together three years ago. “We clicked immediately,” Washburn says. “We had similar ambitions and opinions about where the industry was heading. And we’re both very transparent people, so it was easy to learn from one another.”

For Nomadic, the biggest challenge has been finding time for new business development. “While Fortune 500 clients are more open to working with creative boutiques than ever, there’s never been more competition. And the traditional means of generating awareness, like award shows and industry press, have become much less effective,” Washburn says. “Pursuing projects outside of a circle of established relationships is expensive, distracting and risky. It’s one of the reasons we joined OH Holdings — they have a proven business development engine that will allow us to grow our business more efficiently.”

Nomadic’s general manager Dawn Bates says the agency still goes to market as Nomadic and that the firm’s culture continues to be defined by its people. “Nomadic continues to be a place for digital-first creative talent to serve digital-first brands,” she says. “We still serve our current clients and maintain the modern working culture that has facilitated our successes. Joining OH Holdings has given us the added benefit of staying ahead of our clients’ needs.”

Did You Know: Since 1984, the average length of an agency-client relationship has been cut dramatically, from 7.2 years to less than three years today, according to a whitepaper by The Bedford Group reported in Forbes (“The Death of the Agency Model: How Marketers Can Adapt”; Forbes; Feb. 20, 2020).