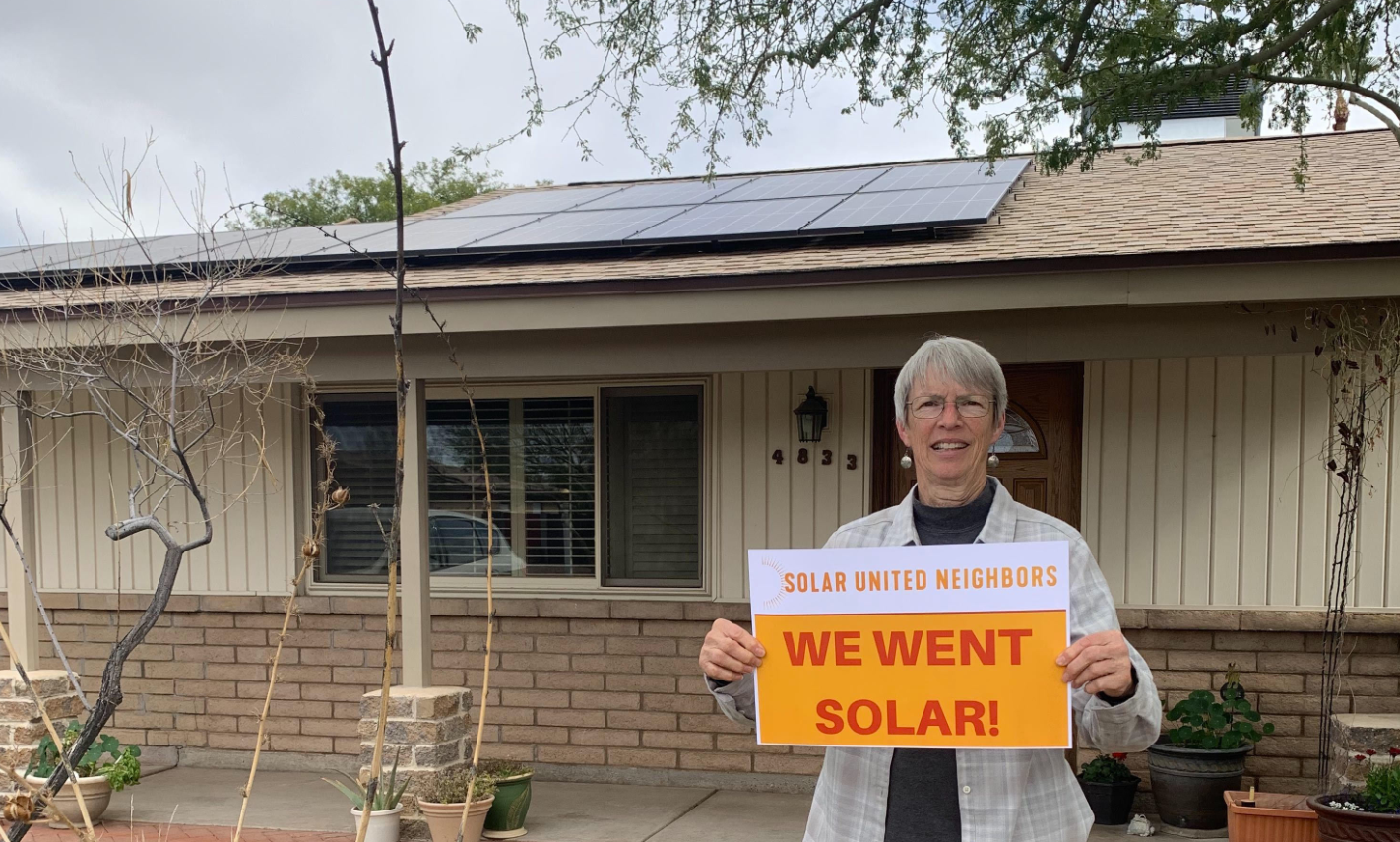 “The co-op will enable Maricopa homeowners and business owners to join the growing community of people saving money by harnessing solar power,” said Bret Fanshaw, Arizona program director for Solar United Neighbors. “Together, we’re building a movement to transform our electricity system into one that is cleaner, fairer, and shares its benefits more broadly.”

“Everyone—including the Latinx and lower income communities—should have the opportunity to local, clean energy that will help combat climate injustice and help our communities for future generations,” said Melissa Martinez Climate Justice Organizer for Poder Latinx. “We’re excited to have the solar co-op here in the valley and work with Solar United Neighbors to make this accessible to a wider audience.”

The co-op is free to join and open to homeowners and business owners in Maricopa County. Together, co-op members will learn about solar energy and leverage their numbers to purchase individual solar systems at a competitive price and top quality.

The MariSol Federal Credit Union, Raza Development Fund, Poder Latinx, City of Scottsdale Green Building Program, Vote Solar, and Chispa are partnering with Solar United Neighbors to promote the co-op. There are a number of ways to finance an investment in solar. For this group, MariSol Federal Credit Union is offering a low-cost financing option for solar installations.

“MariSol is on a mission to promote clean energy by helping more people see the value of going solar. That is why MariSol is partnering with Solar United Neighbors and creating the affordable Green Solar Loan,” said Robin Romano, CEO, MariSol Federal Credit Union. “Solar is more affordable and more available in Maricopa County.”

“At Raza Development Fund, our mission is to create better opportunities for the Latino and poor communities across the country through supportive tools like affordable lending,” said Melissa McDonald, Chief Operating Officer, Raza Development Fund. “Solar energy is another great tool to boost the local economy and lower utility bills. We believe solar energy can play a significant role in supporting the future growth of our communities.”

“Community solar projects are a crucial step in our state’s path towards a just and equitable transition” said Sawsan Abdurrahman, Clean & Green Campaign Manager at Chispa Arizona. “Solar co-ops empower our communities to collectively shift to an affordable and clean energy source, making the shift to clean energy more accessible. We are excited for the launch of the Maricopa County co-op and the collective power it will bring to our communities.”

After a competitive bidding process facilitated by SUN, which remains vendor neutral, co-op members will select a single solar company to complete the installations. Joining the co-op does not obligate members to purchase solar. Instead, members will have the option to individually purchase panels and electric vehicle chargers based on the installer’s group rate.

SUN has hosted nine solar co-ops in Arizona since 2019. According to the group’s estimates, the 266 homes and businesses that now have solar panels because of co-ops represent: more than two thousand kW of solar power, $6 million in local solar spending, and more than 37,000 metric tons. of lifetime carbon offsets.

Solar United Neighbors is a nonprofit organization that works in Arizona and nationwide to represent the needs and interests of solar owners and supporters. Solar co-ops are part of the organization’s mission to create a new energy system with rooftop solar at the cornerstone. Solar United Neighbors holds events and education programs to help people become informed solar consumers, maximize the value of their solar investment, and advocate for fair solar policies.