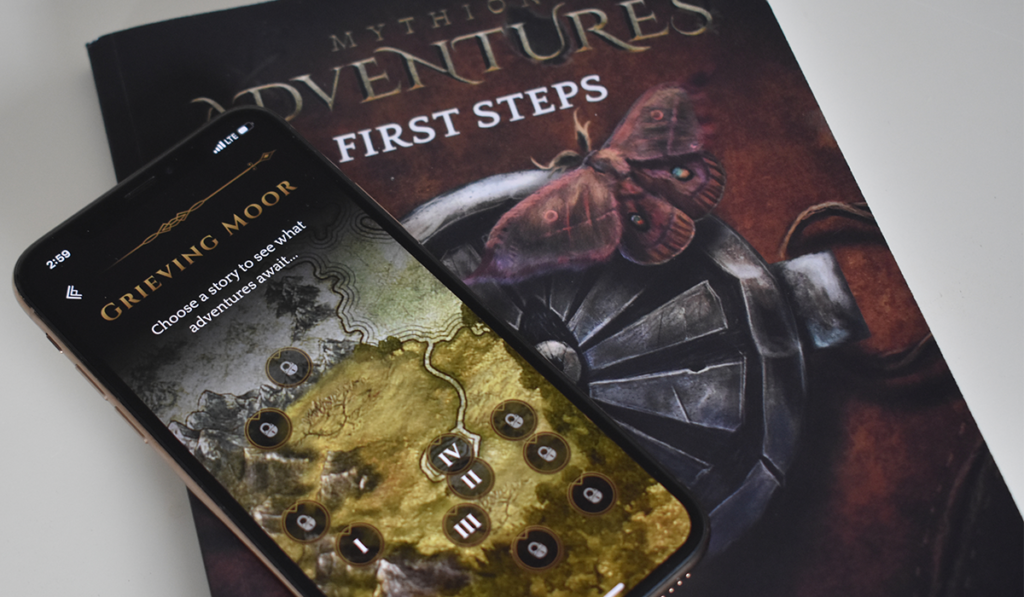 Mythion Games was founded last year as an independent game development company focused on the continued development and growth of the mobile, multi-player, interactive fiction game Mythion Adventures. “Our goal is to bring the genre of interactive fiction to the next generation of players, while stoking the nostalgia of those who have been fans since the beginning,” says Kyle Aulerich, co-founder and CEO of Mythion Games and a Chandler-based tech entrepreneur who previously built three other tech companies.

“The biggest challenge is that from the very beginning we knew we were primarily a content company. As a result, it was imperative that we find and hire the right people who understand and believe in the mission, and have the ability to world-build. This is instrumental to our success,” Aulerich shares. The company is built on a subscription model, and releases a new adventure and short story every month — with some bonus adventures planned for the upcoming holidays.

Following the advice “Build something you’d like to play” and aware of the tendency to focus on the hard-core players of the genre and ignore the larger casual player, Aulerich says, “We wanted to strike a good balance between the two. There is enough lore for those who want to really get into the world and characters but it’s intuitive enough to get started playing immediately with friends, casually, throughout the day.”

The advice also informed the tough decisions to not include ads or micro transactions, which is common in interactive fiction gaming. “As players, we hate ads and hate to have to buy coins or something similar to progress through a game. We wanted to deliver the cleanest and best player experience and felt that the best approach was to offer the first adventure and associated lore for free, so interested players could experience the entire game mechanics, then, if they like our content, they can sign up for a monthly subscription.”