Setting a path through uncharted territory 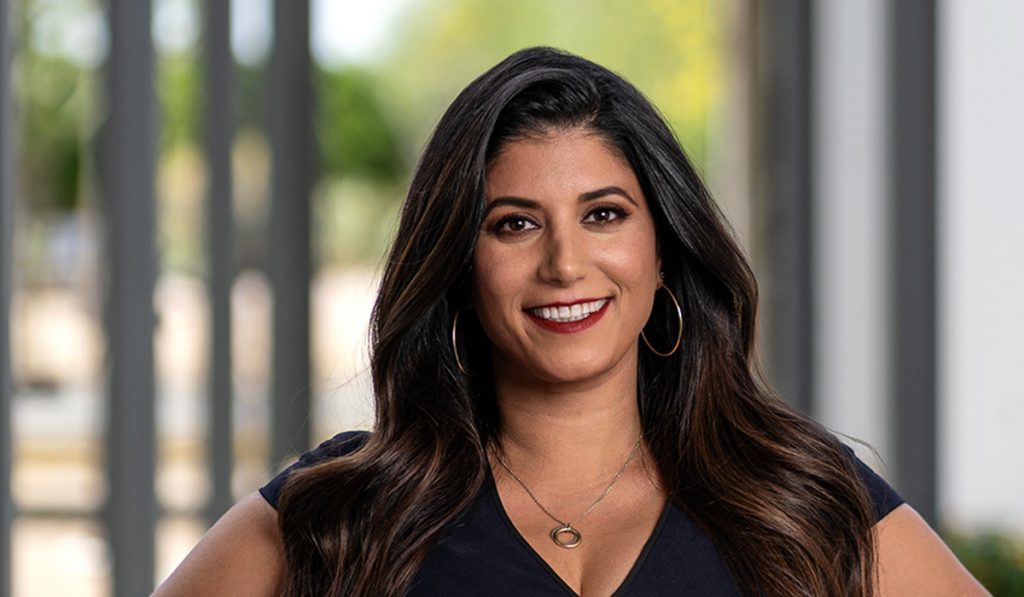 Lilach Mazor Power is the founder and CEO of Mazor Collective — the only woman-majority-owned Arizona cannabis company. The collective includes vertically integrated Arizona-based Giving Tree Dispensary as well as product lines Kindred; Sneakers; and a cannabis for menopause brand, Revelry.

Power has served nine years in the industry with a focus on R&D and retail. Prior to the proposition to legalize medical marijuana in Arizona in 2010, Power was in the process of starting a wellness company to support people with chronic pain. But when legalizing marijuana came on the ballot, Power saw the opportunity. She started her company in 2013, when medical marijuana was first legalized in Arizona.

“I have always had an entrepreneurial spirit and wasn’t afraid of cannabis,” says Power. “It fit my personality to start a business that’s not boring. I live at the crossroads of huge risk with huge potential.”

Power acquired a cannabis license in 2011 and launched her first business, Giving Tree Dispensary, and started a growing facility. The desire to help others was still the foundation of this company. Power began learning more about the health benefits cannabis can bring to a variety of symptoms and uses.

“For years, I referred to the company as a ‘wellness center’ because of the stigma surrounding cannabis,” shares Power. “People didn’t want to work with us, or invest in the business, provide loans and more. It was uncharted territory. It would have been much easier to open a restaurant, but that’s just not me.”

Power had to learn how to do every aspect of the business — there weren’t many experts in the field available to help. One big lesson came from hiring a grower who had been growing cannabis plants in his basement. He designed the grow facility like what he had setup at home and it failed. Translating a small at-home operation to a 4,000-square-foot commercial space didn’t work. The grower quit and Power was left to start over — learning from the mistakes.

In the startup phase of the business, Power describes her and her team’s efforts as like a bulldozer: pushing forward, digging in and making it work. The business grew dramatically in the first few years. The revenue tripled in the first 18 months, and a few years in, there were 60 employees. Power recalls that there wasn’t a specific moment when she realized something needed to change but finally saw that all she was doing was putting out fires and not being the leader she wanted to be. That is when she defined each department and hired a manager, creating a formal leadership team.

Power learned from her own experience the value of surrounding herself, as a new business owner, with the right people — friends, colleagues, a “personal board” — the people who would give her free advice. It was someone on her leadership team who suggested she formalize and better organize the larger Collective, ultimately helping each brand.

Putting the leadership team in place has allowed Power to better allocate her time and empower her employees.

The newest addition to the Mazor Collective is Revelry, Cannabis for Menopause — the only cannabis pill formulated to treat perimenopause through post-menopause.

Revelry is the fourth brand in Mazor Collective, a unique approach Power has taken to managing her business. When starting a new business, she first defines who the audience is, then builds the brand around it. She asks herself, “What would bring value to their [the audience’s] lives and make them happy?” One of Power’s unique strengths is her ability to identify these things and uniquely cater to different audiences.

Revelry was born from Power’s experiences with women shopping at Giving Tree Dispensary. Women were seeking support for menopause symptoms. Women empowerment is one of Power’s passions and she wants to change the conversation around the often ignored topic of menopause.

Since establishing Giving Tree in 2013, Power has placed a strong emphasis on corporate citizenship and has raised more than $100,000 for charities. In 2021, Giving Tree Dispensary was named to the Inc. 5000 List of America’s fastest-growing private companies. Power also has operations in Puerto Rico and plans to expand to Israel.