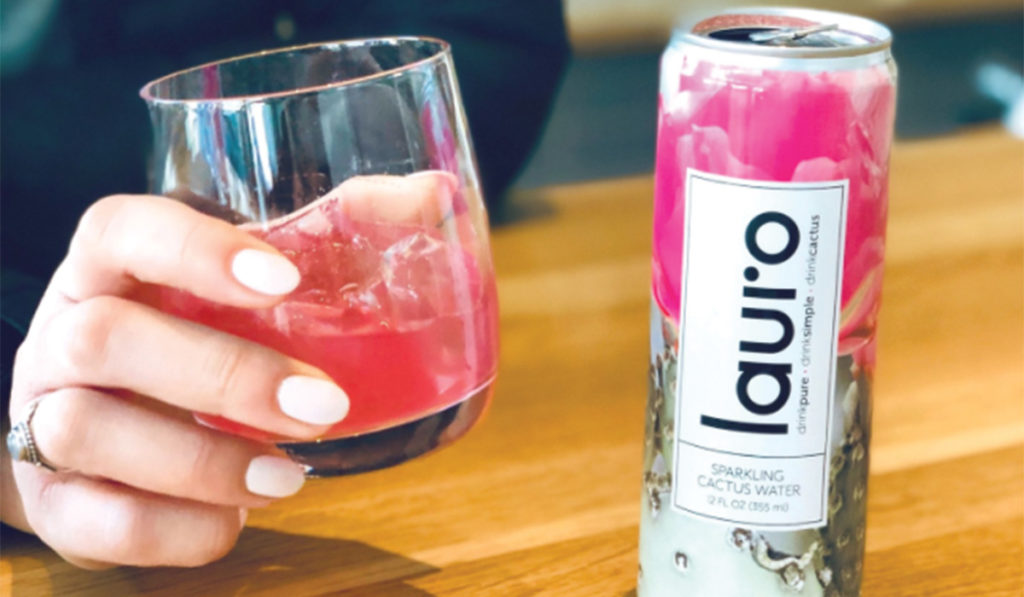 “It had to be natural, plant based, low in sugar, and my kids had to want to drink it.” This was Lauren Robson’s quest that resulted last year in her launch of Sparkling Cactus Water, the first in what she plans to be a line of plant-based beverages from her company, Lauro.

The drink contains prickly pear purée, lime juice and a touch of agave nectar. “Pricky pear is fast becoming the latest ‘super food,’” Robson says, explaining it is packed with plant-based electrolytes, antioxidants and amino acids, and has 30% less sugar and calories than coconut water. Touting benefits that include electrolyte replenishment, healthy skin, support of Type 2 diabetes, muscle recovery, immunity boosting, hangover recovery and more, Robson notes there are no additives, colorants, artificial ingredients or “natural flavors.” “We like to keep it simple and natural,” she says.

Robson had spent more than 15 years in the health and nutrition industry, 10 of them working for one of the largest global bio-nutraceutical companies. “I was well aware of all of the options on the market,” she says. “What I struggled with were the additional vitamins and ingredients that I knew were not essential. So in June 2018, I set off on a mission and what I found was prickly pear.”

Her greatest challenge proved to be timing. She founded Lauro in 2019, then, Robson says, “Everything I had planned for and set in place in 2020 came to a screeching halt as the world around me began to shut down. We launched right as bars and restaurants were having to close their doors and the stay-at-home order went into effect.”

Putting into play what she characterizes as the greatest advice she’s been given — to stay focused and be tenacious —  she pivoted to a new strategy. “Our community is what kept us going, our local influencers who were more than happy to test and talk about Lauro, our friends and family, word of mouth. This is what we relied on in those early months.” By the end of July, Lauro’s Sparkling Cactus Water was in Whole Foods; in August, in AJ’s. “And we continued to grow our retail presence from there.”