Launch: Moving the Bar on Real Estate and Leadership 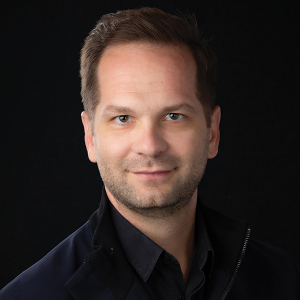 For nearly 30 years, I have had an obsession with leadership since the first glimpse of what it meant to me at 13. As a teen, I was active in Student Council, participated in Hugh Obrien Youth Leadership and sought out leadership within team sports. During this time, my relationship to leadership was as much about the attention I received as it was about the purpose.

After graduating college, I viewed leadership as the path to high pay, control and decision-making early in my career. At the time, I believed being a leader meant being the boss. This belief created challenges as I sought out a job, which resulted in a series of internal challenges and changes in my career.

I recall one potential employer letting me know I wasn’t the right fit after the company’s personality test. It turns out I was so convinced of being the boss, it came out subconsciously. Life lesson: Be humble. Don’t be afraid to pay your dues and earn it.

A few years later, after a corporate consulting stint, I was young, eager and full of fear of failure. I had landed myself in the midst of providing consulting services for those two to three times my age and far more experienced.

At this stage of my leadership journey, I took on the role of leader pleaser and the “do it yourself” boss. I dubbed this as my leadership style — focused entirely on those in my organization liking me. This meant making decisions that were not genuinely right for the organization but right for just one person. I learned first-hand how this approach was not sustainable, as it’s impossible to please everyone while maintaining growth and stability within the organization.

My age and self-perceived lack of experience led to an approach that would, ultimately, weigh down my organization. I believed I needed to show those around me I could do it all, no job was beneath me and no employee could hold me hostage. This thought cost dozens of hours a month and took away accountability and purpose for those in my organization. Ultimately, I would attribute this approach to making poor hiring decisions and never letting those better than me perform in the roles they should.

The end of a company that took me around the world in my 20s, put me on stage as a keynote speaker in front of thousands and allowed me to “lead” others in two languages actually left me feeling like a failure. My entire identity and self-worth was wrapped up in what I did. This feeling of failure led me down a path of leadership avoidance, an attempt to reduce my responsibility and dependency on others. I’ve since discovered I was suffering from “Imposter Syndrome” far longer than I had known. The collapse of the market and resulting loss of my company, identity and purpose simply validated my internal beliefs.

Nearly three decades after my love affair with leadership was born, I realized that leadership is not about my own needs or wants, but that of others and the organization.

As a co-founder of Launch Real Estate, I was not the visionary; instead, it was the vision of our CEO and celebrated individual John Vatistas. As a leader, he enabled his ideas to become “The Vision.” This was the first time in 30 years that I let go of the need to lead my own vision. Instead, I learned that there was no greater compliment than leading another’s vision. An idea that once belonged to one man now belongs to an organization of 200 people.

Assuming such responsibility, it became clear that for an organization and the people who create the organization to flourish, decisions had to be made based on what aligned with the “Launch vision.”

We clearly defined cultural values and core beliefs, allowing large or small decision-making to be simplified. Decisions can be validated as to whether or not the outcome of the decision will align with our four core values: collaboration, professionalism, character and family. From technology and programs to administrative staffing and human capital, I no longer look at what my vision should be. Our employees come here because of our culture built around company values and the shared vision across the organization.

Launch belongs to the real estate professionals and team members who choose to align with its core values. As such, they have actively become key decision-makers and help identify new paths, opportunities and growth. As I think more about my role as a leader, it seems more fitting to be called a coordinator or a facilitator who keeps the vision growing and continues to succeed.

I have come to realize my most effective leadership style is not about me; it’s about those around me and the organization’s greater good. This philosophy now guides my leadership as president of Launch Real Estate.

Unique Leadership at Launch Takes Off

Launch started with just over a handful of co-founders and a dozen or so agents in Paradise Valley, Scottsdale and Arcadia. More than five years later, we service all of the Phoenix Metro area plus have agents in Flagstaff and Tucson, and have closed more than $2 billion in real estate in the last 12 months alone. From every part of our organization, we focus on our values daily to work as a team and help our agents continue to grow their career. Our success depends on how much we help our agents, clients and communities throughout the Phoenix area. Our leadership is not top to bottom. It has, and always will be, a collaborative team effort. Every agent and employee is part of the leadership team.

Did You Know: Launch Real Estate has been invitation-only since its inception and relies on its agents to help build and maintain its current dynamic. Each of its real estate professionals and team members has the right to veto an invitation for ethical reasons.