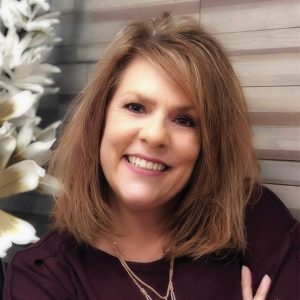 Since 2004, Ideation Design Group has partnered with the world’s largest brands to execute their vision into functional works of art that deliver innovation through design. At the helm is Jennifer Reynolds, a design industry dynamo responsible for building the powerhouse firm from the ground up.

Her illustrious career can be summed up in two words: passion and perseverance. Reynold’s spent the early part of her career working for high-profile design firms. As a young mom with an 18-month-old, Reynolds made the choice to take a year off from work and move to Oklahoma with her husband. That didn’t last long as old clients called to check in — letting her know they missed working with her and offering her work. Thus, Reynolds began consulting from her two-bedroom apartment in Oklahoma. Little did she know it was a decision that would change the course of her career and life.

Eventually, the opportunity presented itself to come back to Phoenix. But starting out here, she says she had to get creative. “I bartered for an office space with a custom fabricator I did some design for,” she recalls. She had gotten in touch with her old boss, and they agreed to partner. “We set up shop in this single office, bought computers, supplies and did our first project, an RFP for Minneapolis St. Paul Airport.“

Perhaps best known for her iconic restaurant designs, she is on speed dial for more than a few celebrity investors and top chefs as the trusted visionary behind some of the most wildly creative, visually-stimulating and most successful restaurant concepts and brands in the world.

One such client is an actual rockstar — Sammy Hagar, recognized for more than 40 years as one of the best and most accomplished lead singers and songwriters in rock music, best known as the front man for the legendary band Van Halen. As he’s built a multi-million-dollar restaurant empire, Reynolds has been the designer by his side, having been introduced by a former client.

“The thing about working for Sammy is that he has bones, a history. Not only with the Cabo Wabo Cantina but his liquor brands, too. So, the vison was to take some elements and revive them, interpret them into a beach bar or a sports bar and build on the Sammy brand,” Reynolds relates. For the beach bar in Maui, for instance, she used Sammy’s vision and hired an artist (Sammy’s son) to create a custom mural of Cabo San Lucas. “It personalized the space and gave it a touch of Sammy. Having Sammy’s son involved also gave a special touch and real connection to the space that really resonated with Sammy and customers alike.”

Reynolds works on a philosophy of doing whatever it takes. “Part of that goes to the idea that there isn’t anything I wouldn’t do if it needed to be done,” she says, “and that is how our team is, too. I have installed chairs at a restaurant on Christmas eve, I have put someone on a plane across country to deliver a package, I have supported a client when they needed my help but had to pay in installments. That is how we have steered the firm. You do whatever it takes,” she says.

As a woman in a male-dominated field, Reynolds has spent decades enduring the challenges female executives face while breaking through the ever-reappearing glass ceiling, so building up other women in the design industry is important to her. “We try to be cognizant of that element [woman-owned businesses] when hiring and working. Of course, we go with the best and most qualified, but the question I ask myself always is, ‘Is this someone we can lift up?’” she says.

Reynolds also credits the power of mentorship in her rise to success and believes it’s an important role for her to fill. “I like teaching people and guiding them in good design, good decisions and good business,” she says. And helping others develop their skills, she believes, keeps her own skills sharp.

It’s fitting that Reynolds has grown into the role as an inspiring business leader with ease and grace. Growing up, she idolized her own mother’s unique ability to connect with people with her warm and friendly energy. “My mother was one of the most likeable people and I have never met anyone who didn’t love her. She was a strong leader and a role model. She was respected. It was through her calm demeanor that she conveyed her emotions and she never made a distinction between being a strong female leader or a strong male leader. She simply led by example. That is what I try to do,” Reynolds said.

“My philosophy is to treat people like they want to be treated and they will come back,” Reynolds says. “It’s such a simple philosophy, but it absolutely works.”

Did You Know: The U.S. interior design industry market was worth $40.7 billion in 2020. After a post-pandemic resurgence, the industry growth rate is expected to skyrocket by nearly 15% in 2022, according to Allied Market Research.