New research finds most businesses are moving ahead with current plans 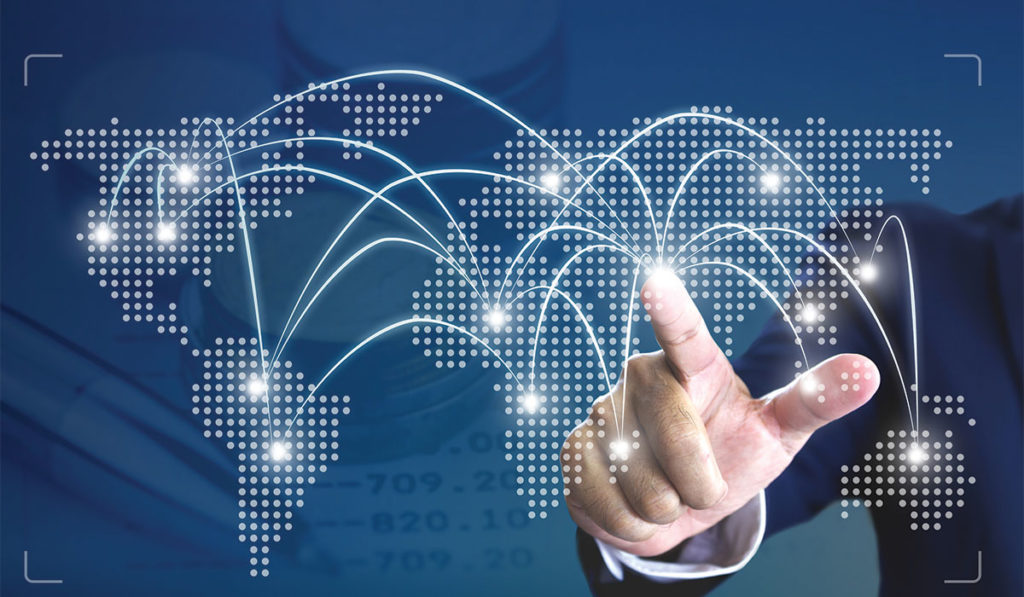 The business impact of COVID-19 is ongoing, with some sectors of the economy experiencing much greater challenges than others. But new research released by Globalization Partners and CFO Research has revealed that most businesses with existing international expansion plans are undeterred by the impact of COVID-19 and are still moving ahead with their growth strategies.

The research focused on CFOs at organizations with more than $100 million in annual revenues and indicated current international expansion plans. The headline figures were revealing: Forty-five percent of respondents are either currently expanding globally or only slightly delaying their expansion and will do it within one year. Another 9 percent maintain intent to expand internationally but remain in a year-long holding pattern.

More than half of the respondents expressed interest in expanding or adding operations in the Asia-Pacific region. After North America at 71 percent, the Asia-Pacific region (excluding China), targeted by 65 percent, was the most popular region for new or expanded operations. Capturing market share was the top cited reason for expansion into these specific regions. Also highly cited was the desire to expand sales, diversify investments and acquire top talent.

This reinforces what I’ve known in my bones to be true about the pandemic: It will not “deglobalize” international business and economies but, instead, has given international expansion a booster shot. At the beginning of 2020, employees were competing with people who lived within a 100-mile radius for their jobs. Many forward-thinking CEOs already required their teams hire in lower-cost jurisdictions if the talent did not need to live/work near headquarters. However, many companies had policies that “everyone” had to live/work at headquarters. Now, companies and executives are forced to rethink the idea of remote work and how it can help build their international presence. And this research reveals that they are acting on that information.

The findings show that 83 percent of respondents said they are looking into a remote, global workforce model as a solution to the changes brought about by COVID-19. This is reflected in recent headlines from organizations that include Fujitsu, which is making working from home the “new normal” for its 80,000 workers in Japan. Together with well-known brands such as Twitter, Facebook, Amazon, Google and Salesforce, many businesses are offering more remote working flexibility than ever before.

The data also found that employee health and safety was a top concern related to global expansion and was cited nearly twice as much as the other leading issues, including new business strategies, increasing sales pipeline and revenue, and reducing organizational costs. In addition, 83 percent of executives expressed concern about managing multiple third parties and stakeholders in a foreign environment during a volatile economic climate. And 74 percent of executives expressed concern with navigating foreign banks and international employee payroll in these volatile times.

Although the survey highlights a range of significant challenges facing companies as they expand globally, the biggest issue is usually the time and cost involved with establishing legal entities or subsidiaries. The ability to easily hire talent in a new country while ensuring compliance with international laws and agreements can have a huge impact on building business momentum in a new country.

This is reflected in the survey data, where respondents said that expansion had been or was expected to be a long process. In fact, 86 percent said their global expansion took or would take at least five months. That figure included 42 percent who put the time required at more than one year. As a result, dedicating resources to global operations was also a top concern for executives planning international expansion.

Despite the ongoing crisis caused by COVID-19, the research presents grounds for optimism that it has not derailed international expansion plans for most businesses who were already on this path. However, the operational challenges — particularly around local legal rules, recruitment and compliance — can take months to navigate. There are ways to remove these barriers to success though the use of an employer of record, which enables a company to establish new international teams and revenue generation in a matter of days, and in some cases as little as 12 hours.

With her mission to eliminate barriers to doing business internationally and building global teams, Globalization Partners CEO and founder Nicole Sahin is recognised for having created an innovative solution that enables companies to hire great talent anywhere in the world, without the complexity of setting up foreign branch offices or subsidiaries. Businesses are able to leapfrog over the legal, HR and tax complexities without having to figure out “how” to do business in a foreign country, while getting all the benefits of a global team.

Sahin’s vision has led to her being named Entrepreneur of the Year in New England. In 2020, the company was recognised by the Financial Times as one of the fastest growing companies in America. Globalization Partners has also earned the ranking of No. 6 on the 2016 Inc. 500 list, and the company has won numerous awards for breaking the traditional corporate mold by building a nationally recognised company culture.