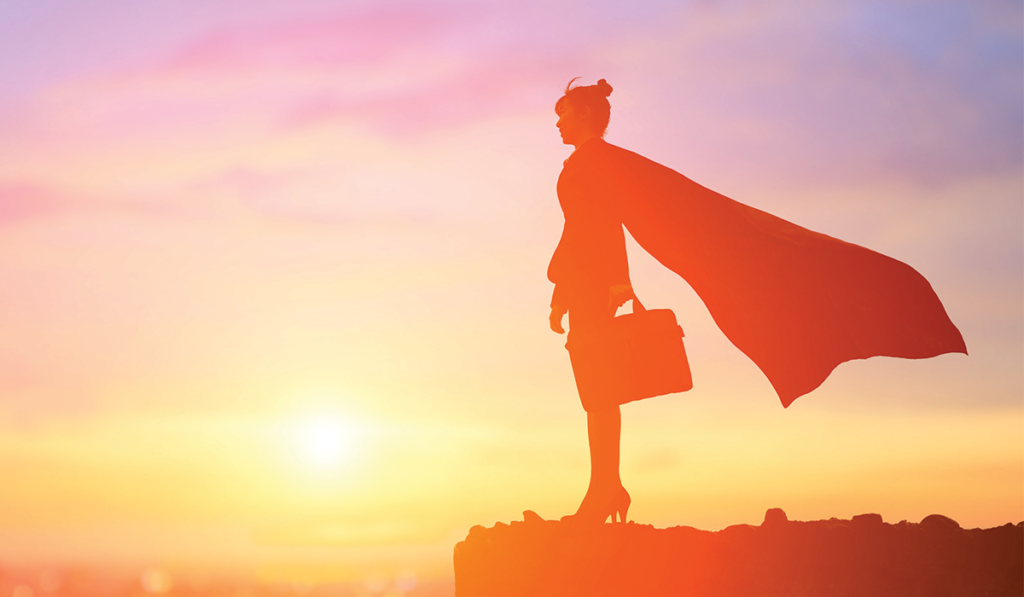 Historically, a lot of business has transpired in social settings, high on the list of which is the golf course and private men’s lounges. Hence the term “the old boys’ club.” Transactions may or may not be brought to agreement in such settings, but certainly connections are facilitated that ultimately lead to business agreements. This is not news, but it is the reason women and minorities have had such a hard time breaking through the so-called glass ceiling even in companies with well-intentioned leadership.

Then there’s the not so well-intentioned business interactions that overtly denies or denigrates the talent of women and minorities.

For the women CEOs in this article, the success of their companies demonstrates the truth of their potential. Strengthening our business community overall, these Phoenix business founders found ways around the prejudice to contribute to a thriving and supportive tech scene for women.

Liz Mason, who has now founded five other Phoenix-based businesses, started High Rock Accounting in 2013  in a traditionally male-dominated industry and, rather than beat her head against that brick wall, took advantage of it in a subterfuge to sidestep the problem while getting her business off the ground.

“When I first opened the firm,” Mason relates, “I was working with an awesome growing startup. The company had very prominent investors who also sat on their board of directors. I would go to the board meetings as the acting CFO and would consistently get questioned on the fundamentals of accounting. The board as a whole lacked confidence in my calculations and presentations merely because I was a 29-year-old woman.

“I ended up hiring a friend of mine, a 45-year-old white male, to be our representative at the board meetings. I did all the work behind the scenes, spent 15 minutes telling him what to present to the board and the parts that mattered, and he would go give the presentations. The board as a whole accepted his reports without question and frequently praised his work. They had no idea that it was still me doing all the work behind the scenes and he was just the talking head.”

Her friend, she relates, was very frustrated by the whole experience and wanted to tell the board the true situation, but the ruse enabled her to service the client while avoiding what she characterizes as “a monthly tribunal focusing on diminishing my contributions and downplaying my abilities.”

Rebecca Clyde, co-founder and CEO of marketing software company Botco.ai, was recently named one 2020’s “Most Influential Women in Arizona,” but remembers that, with her first Phoenix company, when she would attend networking events with her male co-founder, people would ask him about the business and her about her kids. The implied stereotype was similar to one she’d encountered as an employee, when she was passed over for projects while she was pregnant because people assumed she would not want the extra workload. “Please don’t do this to expectant mothers,” she insists. “We still value our careers!”

Are there negative stereotypes about men? Of course. And Rebecca Romanucci — who founded DynoSafe in 2017 to bring to market a smart, IoT, temperature- and climate-controlled container to hold packages delivered to an unattended address — refers to one that characterizes men as not liking to ask for directions and not reading instructions when putting something together as she describes herself as the polar opposite. “I took the time to complete a tremendous amount of research, and to apply for patents, prior to building, testing and presenting the prototypes at national conventions such as CES (the world’s largest consumer electronics show).”

Building Success ‘the old-fashioned way — we earned it’

“Our unique life experiences expose us to numerous pain points/problems and sensitivity/compassion, and an entrepreneur becomes driven to solve the problem,” says Romanucci. “I identified the problem, obsessed about the solution, researched other solutions, identified that all other solutions lacked my differentiator — ‘climate/temperature-control’ — and invested my own funds into securing IP, patenting my differentiator, building and securing a mote between my product and all others. Then, I spent 10 to 16 hours a day fully aware that I needed to establish myself as a leader in this industry, building trust and confidence in a male-dominated industry, while continuing to invest my own funds in the necessary, next steps.”

“For me, growth comes from ‘leveling up’ continuously,” says Clyde. “This means taking on increasingly difficult challenges and using the experience and knowledge from the past to build something new. I started Botco.ai in 2017 with 20 years of industry experience in digital marketing and marketing automation. But what I didn’t have was experience building a high-growth, venture-funded software startup.” She believes one of the most important choices she made was to partner with people who did have experience building and scaling startups. “I surrounded myself with mentors, immersed myself in the learning process and joined two accelerators (Alchemist Accelerator and Venture Ready). I approached my startup with 100% curiosity and openness to learning.” She credits her coachability for helping her keep growing and expanding. “Plus,” she notes, “it’s so much more exciting to try new things and learn from new people in different fields! That has been the best part of this journey.”

Clyde took an approach she calls “co-creation”: “I consulted with my potential customers iteratively and with nearly 100 customer interviews through the early stages of Botco.ai. By taking this approach, product-market fit was built in.” These potential customers also validated her company by helping fund the product. “My first checks came from early customers and angels that are in the industry I was selling into,” she says.

Says High Rock Accounting CEO Liz Mason, “People judge my company by the fact that we are woman-owned and assume it is some kind of lifestyle business.” But her leadership of her company follows a type of risk-taking that is typically seen as a male business trait, she says. “I have been bold in decision making — taking on large clients before having the right team members to handle it; opening new offices in foreign countries without a single client; believing in myself and my team’s ability to handle anything above all.

“Any business person needs to take a step back and align themselves with their goals, and to be successful they have to push through the limits of what is comfortable and easy and take risks,” says Mason. “I’ve done a lot of risk taking, and it has paid off in spades.”

However, Mason does embrace a mindset that she believes sets High Rock apart from a male-run company. This was underscored recently, when she asked her team for critical feedback on the company’s internal operations and received a lot of excellent ideas and areas to focus their efforts on improving. “When I acknowledged the team’s amazing ideas, I received a message from one of our male team members who spent the majority of his career in startups and then private equity back corporations run by men. He said, ‘Thank you, Liz, for asking how we all feel about how things are. Most businesses wouldn’t even ask or care what others thought, let alone take the feedback and use it to shift the business model. This separates your leadership style from the rest of the world and is why you are an amazing human being and mentor.’” Mason believes that statement is actually a reflection on a female-run company. “I have been more focused on building something great for all of us on the team collaboratively, rather than pushing them to build something for me.”

“Phoenix is generally an incredibly open and accepting community and, outwardly, I would say we experience little sexism compared to many parts of our country,” says Mason. “However, there is still an intense underlying bias that people have assuming women are not as successful, are not building things as big as men, are not capable of dealing with finances, and are inherently weaker.” Sharing, “I am extremely ambitious and have giant world-domination goals,” she also notes, “I battle the systemic sexism on a regular basis and I do it acknowledging what it is and that we will always have to deal with it intelligently to maintain success.”

Romanucci also finds Phoenix a thriving environment for entrepreneurial opportunities. Attending many Phoenix-area startup-community events, which she reports were male-dominated, with more than 90% male attendees, she says, “I didn’t take the time to identify with the lack of female representation, but instead I asserted myself, eagerly learned, formed a wide variety of connections and made it my priority to follow up with each connection.” Her point is that every entrepreneur must identify the resources available to them and make a concerted effort to make the most of every opportunity.

Pay disparity was part of the impetus for Clyde, whose investigation at “a large tech company in Chandler” where she was employed made it clear to her that she was getting paid about 30% less than her male counterparts. That was back in 2005, and she says the company recently announced it had achieved pay parity. However, she says she is happy she left the corporate world to start her own businesses and control her destiny because “it’s so much more fun to be an entrepreneur.”

For the future, says Clyde, “Now that I am in a leadership role and have the ability to have an influence on other leaders, I see it as a responsibility to ensure that women and minorities are included in all the opportunities that everyone else has, and that they also get to thrive based on their effort and merits.”