Chris Johnson: from Carpenter to CEO

Building on a legacy, he leads Johnson Carlier construction company in adapting to industry changes 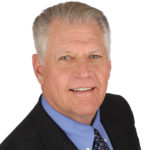 Not many people can say they’ve been working in their respective industries since the age of six. However, Chris Johnson, CEO and chairman of Tempe-based Johnson Carlier Construction, is one of the few who can. The Johnson family legacy dates back to 1892, when Chris’s grandfather, C.O. (Carl) Johnson was born in Sweden. In the following century, Carl emigrated to America and founded C.O. Johnson Building Company.

One of the very first projects Carl built was an adobe pueblo-style home in Phoenix, then his building acumen and experience quickly expanded the company into the commercial side. In 1945, Carl’s son Lee joined his father in the family business, and after World War II, things took off. The company focused on schools and churches in the ’40s while the ’50s brought new markets like office and warehouses. The ’60s were a time of defining growth. Lee purchased the company from his father and welcomed two key employees to the team: Vice President Robert E. Mann and Lead Estimator R.C. (Bob) Strembel. Carl retired and Lee led the company for more than three decades.

Chris, Lee’s youngest son, started tagging along with his father at a young age. In 1971, he joined the company as an apprentice carpenter and accelerated his love for and knowledge of construction. “Many people in my shoes would simply go into the family business because it is the easy path, then be unfulfilled. Fortunately, I always loved building things. I was born handy, so for me, it just made sense,” he says.

One day, unexpectedly, Lee called Chris directly at a job site (not a common occurrence in those days before cell phones) requesting that he come straight to the office. A nervous Chris reluctantly obeyed, heading in to hear the news. “I remember thinking, ‘What did I do?” Chris recalls. “When I arrived, he told me he was leaving and not coming back. It was his way of telling me he wanted to retire, immediately.”

So Chris Johnson, only 25 years old, purchased the business from his father. And quickly realized he needed a complementary business partner to help him grow the company. “I was smart enough to recognize that I was venturing into uncharted waters. And that I needed expertise that I didn’t have.”

Johnson had met Gene Carlier through the Associated General Contractors of America, where Johnson was president and Carlier was on the board of directors. Carlier had left Sundt after 20 years and was looking for an opportunity. Recalls Johnson, “He came to my office one evening and we drank a bottle whiskey. We shook hands, and he left owning 30% of my company. Best thing I ever did.”

Thus, in 1981, Johnson Carlier was established. The name continues even since Carlier’s retirement in 2000.

The year 2000 also saw construction commence on a new corporate office in Tempe. The company continued to expand and focus in the areas of education, auto dealerships, retail, public works, office, industrial and healthcare — areas Johnson identified as ones in which Johnson Carlier could be competitive and that seemed promising for lucrative growth.

In 2017, Johnson Carlier joined forces with the Big-D Family, enabling the company to add bench depth, additional market-sector experience and the ability to expand geographically.

What began for Johnson as a five-employee, $3-million construction business has grown into a $100-million-plus company.

“Fortunately, my role and skills were able to develop side by side with the growth of the company. My role evolved from what I would characterize as an apprentice carpenter to running a very successful business,” says Johnson. “As CEO, my job was to hire good people and put them in the right seat on the bus. Give them the tools they needed to do their job. And support them, motivate them.” Although he describes that strategy as “very simple,” he shares, “Believe me, it wasn’t always perfect. Sometimes you’d make a bad draft pick and, to say the least, things wouldn’t work out the way you planned. Correct it and move on. That’s all you can do.”

Underlying Johnson’s leadership style is his philosophy regarding his relationship with his team. “Treat them the way you hope to be treated. You can have all the education in the world, but if you can’t work well with people, degrees won’t matter much,” Johnson says. “Build it with truth. If you say it, do it.”

Among Its Thousands of Projects …

Did You Know: How far we’ve come since 1971: “In those days, by comparison to today, building a bank, church or school was not particularly complicated,” Johnson relates, “and, to give you some perspective, we used carbon paper because we didn’t have a copy machine.”