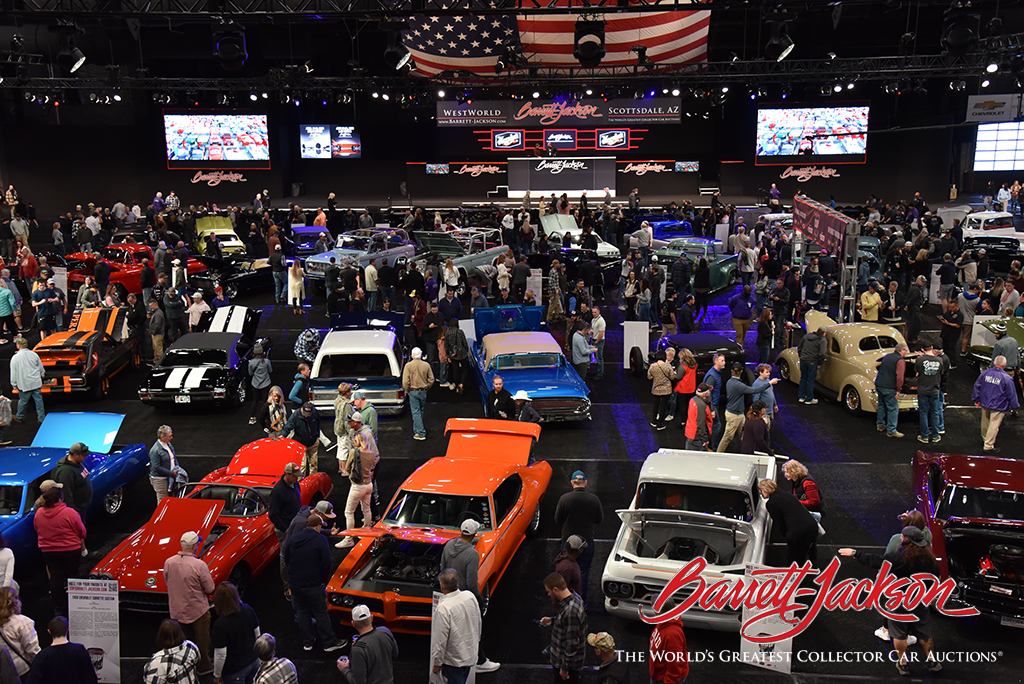 Barrett-Jackson, The World’s Greatest Collector Car Auctions, kicked off event season in Arizona and its 2023 Scottsdale Auction over the weekend at WestWorld of Scottsdale with its highest attendance for an opening weekend in the auction company’s history. Families and young enthusiasts flocked to Barrett-Jackson to take in the excitement of Family Day presented by QT on Saturday and the Future Collector Car Show presented by Meguiar’s on Sunday. The Scottsdale Auction continues today through Sunday, January 29, with both automobilia and collector cars auctioning from the world-famous auction block. 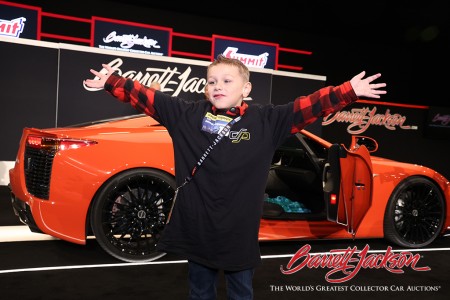 “After the incredible year we experienced in 2022, breaking hundreds of world auction records and shattering our own previous sales records, it’s incredible to see this level of enthusiasm from the hobby as we kicked off our 2023 Scottsdale Auction this weekend,” said Craig Jackson, chairman and CEO of Barrett-Jackson. “Our opening weekend saw the highest attendance we’ve ever welcomed at WestWorld over the first two days of our event, and I can’t wait to see what this week’s action brings.”

A highlight of Saturday afternoon was a parade across the auction block of the nearly 50 contenders competing for the coveted Barrett-Jackson Cup presented by Castrol with support from Summit Racing Equipment, Meguiar’s, TMI and Robert Graham. Rick DeBruhl, part of Barrett-Jackson’s on-air talent team, announced these incredible builds, which showcase the talent and craftsmanship of custom car and truck builders across the country. The esteemed judges, custom builders Bobby Alloway and Troy Trepanier, will have the difficult challenge of narrowing the group of ultimate vehicles down to the Top 5, from which one winner will be chosen on Saturday, January 28.

Sunday’s activities put the 2023 Future Collector Car Show presented by Meguiar’s in the spotlight. Held on the Polo Field, the show welcomed a young, diverse crowd of enthusiasts and featured over 100 future collectibles. Ultimately, it was a 2002 Honda S2000 that earned the Best of Show title. Among the judges at the event was renowned automotive photographer Larry Chen, TV personality Bogi Lateiner and YouTuber TJ Hunt. Craig Jackson and City of Scottsdale Mayor David D. Ortega were on hand to welcome participants and congratulate the winners. 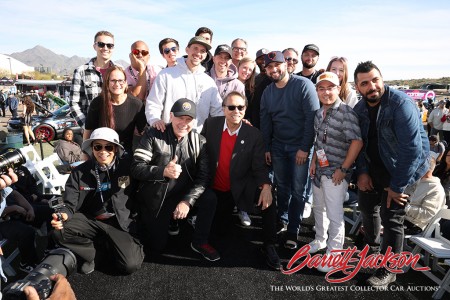 Barrett-Jackson’s 2023 Scottsdale Auction continues today with the first of the automobilia and collector car auctions, including live television coverage on FYI from 2-6 p.m. MST. The automotive lifestyle event of the year continues all week with more than 1,100 pieces of automobilia and more than 1,900 collectible vehicles all selling with No Reserve. The auction will also be broadcast live for a record 41 hours on FYI and The HISTORY Channel.

Advance ticket pricing and VIP packages for the rest of the event are available here. Barrett-Jackson also provides discounted tickets for children, students, seniors, military and first responders. Those interested in registering to bid on the 2023 Scottsdale Auction docket may do so here.