Their Take: Dow Revolution – Looking to the Future

This kind of change up in the Dow line-up hasn’t been done since 2013 and is cause for concern among some and anticipation among others. This change up seems to be an attempt to temper the influence of the behemoth stock weight of Apple (APPL) as it prepares for its four to one split in the coming days.

The two questions on everyone’s mind is first, “What is this going to do to the index?” and second, “What effect will this have on individual stock prices?”

In answering the first question of what effect will this have on the index is a bit of a multidimensional answer. The move clearly is removing three manufacturing companies and replacing them with a tech company, a health care company and a better performing manufacturing company. Much like the inclusion of Apple into the index in the past, this move will more closely align the index with the tech world rather than strictly the industrials.

This move also should not be a surprise. It is the stated intent of the committee to include in the index fund the 30 best performing stocks in the exchange and XOM, PFE and RTX have been either flat or at a loss for the trailing three years. It should also not be a surprise that the three stocks joining the fund, CRM, AMGN and HON, have all either met the market averages or exceeded them during the trailing three years.

Overall, I would expect that this will be a decision that will move the index up over time and perhaps become slightly less volatile as it will lower the relative weight of Apple and therefore the index will be less dependent on just one stock to move it up or down. Also, replacing the non-performers with stocks that have forward momentum should be good news for index investors.

Now, onto what this move will do to the individual stocks themselves- it is likely a good news story for all involved. In the short-term there will certainly be a down tick in the three stocks being replaced as we have seen over the last few days. This is likely because investors will see the move as a vote of no confidence by the committee spurring a bit of a sell off, but likely not much and the effect will not last.

The fact that these stocks have been replaced might even do the stock prices some good in the long run. Back in 2013, three stocks were replaced in the DOW (BAC Bank of America, HPQ Hewlett Packard and AA Alcoa were replaced by GS Goldman Sachs, V Visa and NKE Nike). The three stocks that were displaced outperformed their counterparts that are now part of the index admirably.

As for the three new stocks in the DOW, we have seen the since the announcement all three are up with the new vote of confidence and to a higher degree than the opposing drop in those that are being replaced. For the three that are replacing we have seen a jump of between 4 and 6 percent for AMGN and HON and a whopping 24 percent jump for CRM as of this writing.

In total, this move should be good news for the DOW Index and the investors of the index itself. It will likely not be negative long-term for those stocks being released and might even give them a little bit of a boost over the next few months. 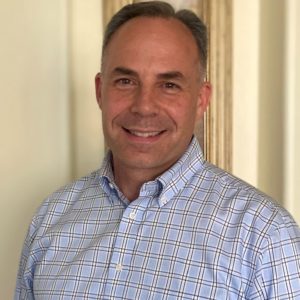 Aaron Warby is one of the owners of the Arizona franchise, has opened their third OTA center in Arizona in the Glendale/Peoria area. The other two centers are in Chandler, which opened December 2019, and Scottsdale, the original center.