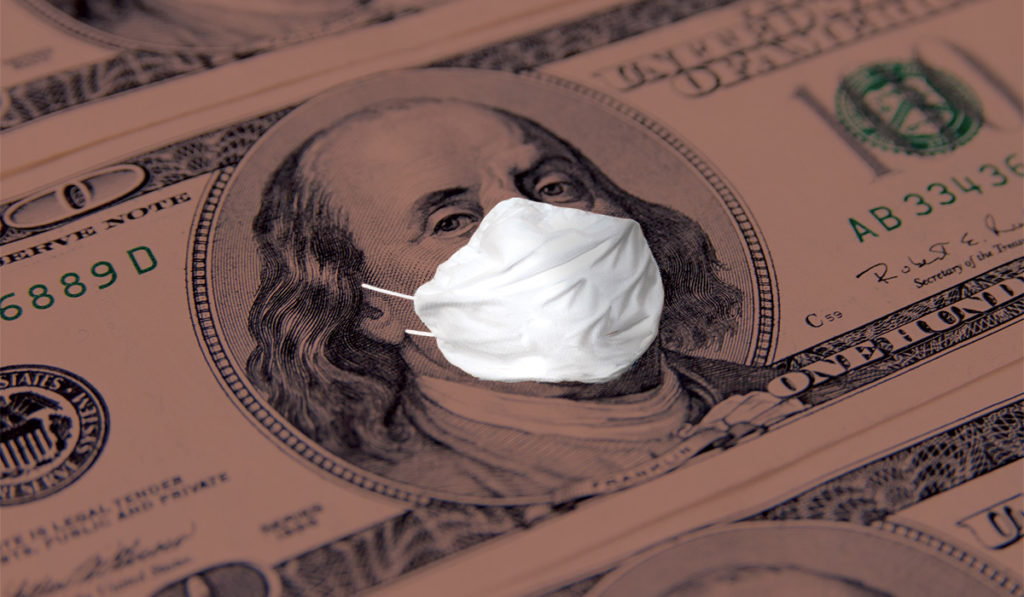 The city of Phoenix made a $14 million investment to keep its small businesses operating. The city offered four grants for restaurants, small businesses with fewer than 25 employees, microbusinesses with five or fewer on the payroll and airport concessionaires. Phoenix was one of the few cities in the U.S. to include help for gig-economy workers and home-based businesses. The money for the programs came from the federal CARES Act distribution to local governments.

“We’ve been able to keep businesses open and keep employees working through the pandemic,” says Christine Mackay, director of Phoenix Community and Economic Development. “These businesses wouldn’t have survived. They learned that Phoenix is here and we can help. We helped not only with money but with resources and connections for the businesses. We helped with accessing federal programs and finding new jobs for displaced workers, as well as helping companies find new employees.”

The stimulus program by the city had measurable results. Phoenix braced for a significant loss of small businesses.

“When the depth of the pandemic became apparent a year ago, we estimated we would lose between 20 and 25 percent of our businesses. That’s what economic experts were telling us,” says Mackay. “Through the opportunities the City Council created and the resources allocated to help businesses, we only lost about 11% of our businesses. That’s less than half what national economists were projecting for Phoenix.”

“Of all the projects I’ve worked in my 15 years with the City, this has been the most rewarding,” says Gretchen Wolfe, procurement manager for Phoenix Community and Economic Development. Wolfe took on the role of special projects administrator during the health emergency to lead the grant program. Wolfe and TeamPhoenix helped more than 2,500 companies. “Business owners thanked us, blessed us, cried tears of joy and relief with us, and told us this money let them keep their doors open and their employees working.”

The pandemic changed the way Phoenix operated as a government. Employees with jobs who could function remotely have worked from home since March 2020. This March, the city will determine when they return to City Hall.

“When the pandemic first became serious a year ago, Phoenix classified roughly 3,400 employees as eligible for teleworking. That cut the City Hall workforce by about a third. Combine that with many other Downtown companies sending employees to work from home, and the daytime population dropped,” Mackay says. “This had a terrible impact on many Downtown merchants, even after the closure orders were lifted in May. The bright side is that companies tell us they are planning to bring workforces back to the central city as soon as safely possible.”

Overall, the city’s economy did not take the same hit seen elsewhere in the U.S. Employment in major industry sectors remained strong.

“Retail, hospitality, dining were hard hit, but Phoenix has changed since the 2008 Great Recession. Declaring construction as an ‘essential service’ kept buildings going up and a major employment sector working. The construction industry consistently added jobs during 2020,” says Mackay. “In Phoenix, construction value was up 89% in 2020 over the same period in 2019. According to ConstructionDive, Phoenix was the only top 10 U.S. city where construction employment and activity were increasing in 2020 compared to the year before.”

A lot changed from the Great Recession in 2008 when the construction and real estate sectors drove the economy — and their collapse hammered it to the bottom of an economic canyon. The health emergency in 2020 was different.

“We saw increased hiring in the manufacturing, bioscience healthcare and technology sectors throughout the year,” Mackay says. “This is a major change in Phoenix’s employment distribution. Before 2008, we were heavy in retail, real estate and construction. Today, six of 10 are in business and financial services, manufacturing, bioscience healthcare or technology. That’s a complete flip in the character of the workforce from a decade earlier.”

Mackay explains that construction activity is more responsive to the demands of the growing business sectors.

“In 2008, construction and real estate were the economic drivers. That’s different today,” she says. “In February, we had 20 cranes towering over mid- and high-rise development in Downtown and Midtown Phoenix; that’s a historical record for the city. It also placed us third in the nation for that kind of construction activity.”

Phoenix poured out its small business investment in two phases beginning in April 2020.

“Phoenix and the Phoenix IDA got the first phase of grants into the marketplace rapidly,” Mackay says. “The city, Phoenix IDA and Arizona Community Foundation had $2 million into the hands of small businesses before the CARES Act became law. When the city received its federal money, the council allocated a second phase of $14 million for restaurants, small businesses, low-income neighborhood businesses and microbusinesses.”

Phoenix is not claiming that it was definitive research, but city pored over national lists compiled by Inc. and Forbes about local government grants. That perusal showed that Phoenix invested more money with grants in keeping its small businesses open than any other U.S. city, according to Mackay.

“The Council’s fast action meant that the number of businesses closing was less than half the number experts told us to expect,” she says. “We put much effort into finding resources and solutions for small businesses. It hasn’t stopped. In fact, this month, we’re opening the Phoenix Small Business Toolbox with even more resources for businesses.”

After the CARES Act money arrived in city coffers, Phoenix offered another round of small-business grants.

“The City was involved with the second phase of grant offerings with more than $14 million made available to small businesses,” says Wolfe. “The Phoenix Small Business Resiliency Grants Program had grants up to $10,000 for small businesses, restaurants, aviation vendors and microbusinesses. The average grant was around $5,000.”

Businesses were able to keep going to keep workers employed with the funds.

“We’re just starting to see the spending reports,” Wolfe says. “Businesses used the grants to make payroll, pay rent and utilities, revamp restaurants for safe dining requirements or to buy supplies to add pick-up and delivery, and used the money to replace depleted inventories hit by the economic slowdown.”

The year ahead and into next year look good for the Phoenix economy. According to the Census Bureau, even with the pandemic, 130,000 people moved to Arizona in 2020, around 60,000 of them from California alone. The real estate website Redfin reported that its projections based on customer home purchases meant 80,000 people chose Greater Phoenix as a new home in 2020, more than any other U.S. city.

“Here’s the challenge: We’re likely not going to see everyone hitting the point of breathing again until we hit full employment again in 2022,” Mackay says. “But I have to tell you, in our primary employment sectors, 2020 was a little pothole. Our industrial business is off the charts. Year-over-year, manufacturing is up 308%. We have some submarkets where tenants are clamoring for industrial space, and there are limited vacancies. We are seeing new, spec industrial office buildings coming out of the ground for the first time since the Great Recession.”

Mackay points to data that Phoenix is one of the hottest markets in the U.S. The city’s population is growing from people choosing to move their careers to the city.

“It’s why we’ve seen America’s largest city population gains for four years in a row,” says Mackay. “This growth is continuing, and our population is getting younger and better educated, according to the Census. We’re a top-three city in job creation, a top-five market in emerging biosciences and the second-best market for finding technology jobs.”

Read the full story “Stimulus: What Is the Real Impact?”