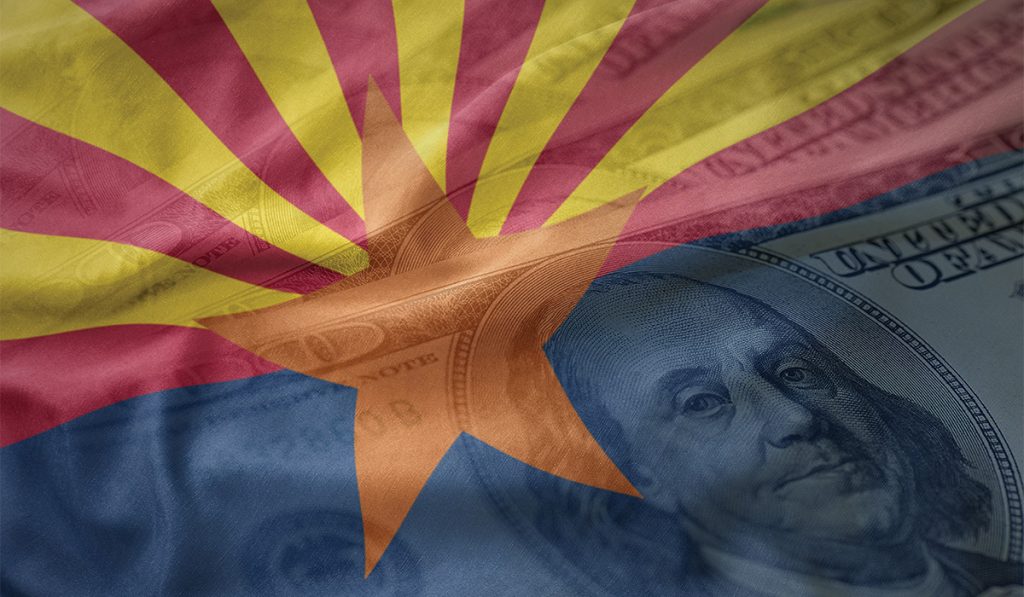 From inflation and Arizona’s local real estate market to the national energy scene and other global geopolitical issues, every day seems to bring new economic news to the forefront, but with little real-world context into how these developments will affect growth at the grassroots level.

“We live in a time of profound uncertainty and the world feels a lot different than it did a few years ago,” said Dr. Thornberg as he addressed the economy, inflationary pressures, labor force and wage growth, tax policy and a host of other topics.

But among the top three issues of most interest to business leaders, he zeroed in on employment, real estate and economic growth.

Labor force: “Where are the workers?” seems to be a question that is echoing through hallways of the state’s largest employers through to mom-and-pop shops dotted across the community. Since February 2020, Arizona’s labor force has expanded, increasing by 57,200 workers, which represents a 1.7% increase.

While some may hang their hat on working-age adults being work-shy, one of the long-run labor force issues at play includes the “Big Retirement,” which resulted in nearly 20% of the U.S. population officially identifying as retired. Considering that in 2021 alone, the labor force lost more than 3.1 million employees, and the fact that this trend outpaces the number of new workers entering the workforce funnel, current employment gap trends are expected to continue, according to economists.

Dr. Thornberg pointed to three potential solutions to help mitigate labor shortages. Among them are increasing the labor force through immigration and raising participation rates among the existing population by providing socio-economic benefits that encourage involvement among seniors and women, as well as making productivity enhancements such as capital investments and skills training.

Real Estate: Still on an upward trajectory, both residential and commercial real estate have historically been key economic drivers in Arizona. The housing market continues to be the strongest spot of Arizona’s economy. The numbers are driven by the fact that typical homebuyers, who are higher-income earners, have been less affected by the labor market downturn, mortgage rates are at historically low levels and inventories are near historic lows. From January 2021 to January 2022, the median home price rose 28% in Phoenix, reaching $433,599. In Tucson, the median home price rose to $318,245 in January 2022, a 21.3% increase from a year earlier.

On the commercial real estate front, with more companies returning to normal operations, demand for office properties has grown over the last year in Arizona. In Phoenix, the office vacancy rate hit 21.2% in the fourth quarter of 2021, down 0.5 percentage points from a year earlier. Vacancy rates for office properties also declined in Tucson over this period, at 22.5%, down 2.5 percentage points from a year earlier.

Economic Growth: The “V-shaped” quicker-than-normal recovery has resulted in Arizona’s economy bouncing back faster than expected. In other words, unlike typical downturns and recoveries, this was a supply-shock-driven recession without the typical longer-term consequences that come from asset-bubble-collapse-driven demand shock.

Overall, despite the fact that accelerated economic growth is slowing down in Arizona, the state ended 2021 with a stronger economy than it had prior to the pandemic’s start in 2019. In addition, excessive consumer demand is driving inflationary pressures, but the question remains about how sustained inflation will be in the midst of anticipated action from the Federal Reserve.

As the economy moves forward, business leaders will be challenged to continue closely monitoring emerging data, and proactively tapping both industry-leading experts and business community resources to keep their finger on the pulse of economic developments and determine the impact they will have on the trajectory of their businesses.

At the end of the day, the numbers point to Arizona having weathered the storm of the last few years and completing the past year on solid footing. Specifically, over the past two years:

Statistics cited are from Dr. Christopher Thornberg of Beacon Economics and Alliance Bank of Arizona’s April 2022 Regional Intelligence Report, which is compiled by Beacon Economics. 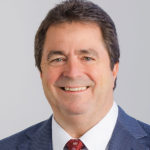 Don Garner is CEO of Alliance Bank of Arizona, a division of Arizona-based Western Alliance Bank, member FDIC. A founding member of the organization’s original management team, he has nearly 30 years of experience in commercial and real estate lending in Arizona.