After ten years, Arizona’s economy is more diverse and resilient 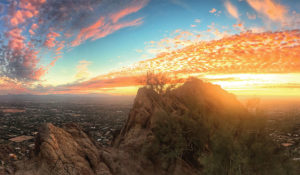 Ten years ago, Arizona struggled under devastating job and revenue losses as one of the hardest-hit states by the Great Recession. Today, Arizona’s economy is diversified, with more jobs in manufacturing than construction, our startup ecosystem is attracting global attention, and our state is competing at the highest level for new jobs and expansions.

This transformation did not happen by accident. In the midst of that downturn, leaders from government, business, universities and more came together to reimagine our state’s economy – with a focus on attracting and growing more high-value export and tech-based industries. That effort resulted in the signing of legislation to establish the Arizona Commerce Authority on February 17, 2011.

Since the ACA’s creation in 2011, the agency has successfully won more than 950 competitive projects from companies that have committed to creating just more than 191,000 projected new Arizona jobs and investing $33.8 billion in our state – far exceeding agency goals.

“I congratulate Sandra Watson and everyone at the ACA for their incredible record of results,” said Governor Doug Ducey. “With a more diversified economy and high-tech industries in the state, we’ve seen greater prosperity, higher wages, and more opportunity across the economic landscape for all our citizens. We’re only just getting started and I look forward to continuing to work with the ACA to capitalize on Arizona’s many advantages going forward.”

“Over the last ten years, it’s been so rewarding to see Arizona transform into a hub for innovation with a diverse, thriving economy,” said Sandra Watson, President and CEO of the Arizona Commerce Authority. “We’ve seen tremendous success not only in attracting and retaining companies in high-value industries, but in helping our early-stage companies commercialize ground-breaking technologies that are changing the world. There are so many people who have given their time and effort over the last decade to get us here. I’m grateful to all our current and former board members, our talented team, many statewide partners, and Governors Ducey and Brewer for their tireless support and leadership. The next ten years holds incredible promise for Arizona. While we have much to celebrate, we are dedicated to continually raising the bar and enhancing Arizona’s competitive position in the global economy.”

Read more HERE in the Arizona Republic about the ACA’s approach and results in an op-ed authored by Jerry Colangelo, Michael Bidwill, Craig Barrett and Sandra Watson.