Their Take: Scottsdale Airpark Eyed for $1B Project 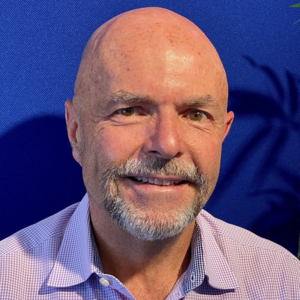 The headline sure grabs your attention:

The proposal is impressive. Some are saying it’s one of a kind. Others are calling it a legacy project.

Whatever you call it, it would be close to a slam-dunk approval in most cities in the Valley.

But this is Scottsdale 2022. So it’s time to fasten your seat belts and get ready for a ride through the city gauntlet.

The project, called the Parque, is located on the site of the former Cracker Jax development on Scottsdale Road, just to the north side of the Scottsdale Quarter. It’s in an area of the city where, according to the city’s General Plan, developments like this are encouraged.

It won’t affect neighbors. It’s in a commercial corridor with Phoenix just a few steps away on the other side of Scottsdale Road, where large-scale developments come and go as that city pleases.

You could say it’s certainly in the right place.

Its scope is impressive, to say the least: 13 buildings, including a high-end 223-room hotel; over 1,200 condos and apartments; 100,000 square feet of retail space; 40,000 feet of “flex space” and a 2-acre park. It includes plans for space to incubate tech companies with high-paying jobs.

The principle behind it all is George Kurtz, co-founder of CrowdStrike, one of the industry’s leading cyber-security companies. Chances are good that when you see a national report on cyber security issues Kurtz is one of the experts being quoted. By all counts, the financial firepower is more than covered.

The question now becomes: Is it at the right time?

We’ll see. No doubt it will face some strong no and/or slow growth political headwinds that have been prevalent in the city. They were felt clearly in the city council primary election a few weeks back, where the survivors shared common themes: The city’s growth is out of control; Scottsdale doesn’t need any more housing; developers are running rampant all over the city.

Perhaps the better question is this: if not now, then when?

The project is in its infancy. The developers are holding open houses now to share details of their vision before it heads through the city approval process: Design Review Board, Planning Commission and finally City Council.

There is no question, Scottsdale is a tough city for developments like this. The city rightfully demands the highest quality standards. That’s as it should be, and for the most part, that’s exactly what we get.

When projects meet those standards, then it would seem only right that our leaders would let facts guide them through political perceptions and prevailing headwinds. That, too, is as it should be.

Don Henninger is the executive director of SCOTT. As a 35-year newspaper veteran in Arizona, Don Henninger has always made journalism his passion as well as his career. Facts matter — especially in this day and age — and information is the foundation that enables citizens to be positive participants in their communities at all levels.