Scottsdale Fashion Square’s Past and Future 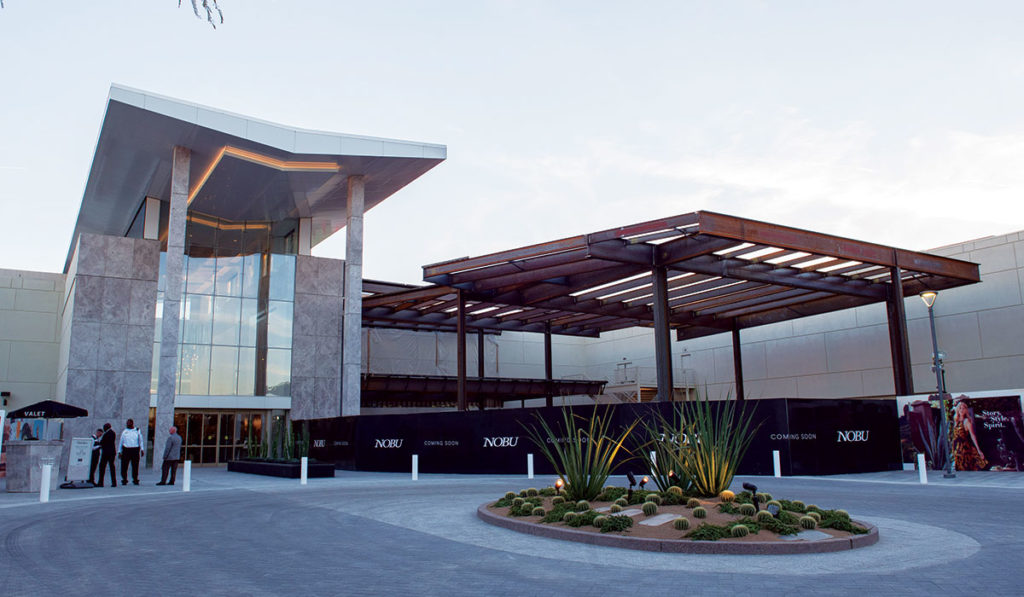 Scottsdale Fashion Square has evolved incrementally as the retail industry — and the market — have changed since the property’s earliest days in the 1960s when it was a small, open-air center anchored by Goldwater’s department store. Highlights of many key changes over the years include building a two-story retail bridge to connect two separate retail properties into one that became an enclosed mall environment housing a new Dillard’s department store; adding Arizona’s only Neiman Marcus; adding Arizona’s first Nordstrom and a number of other upscale retailers with an expansion across Camelback Road; the arrival of Macy’s to replace Sears; the addition of DICK’s Sporting Goods and the relocation/expansion of Harkins Camelview Theatres; among other important updates.

Future phases in the ongoing redevelopment of Scottsdale Fashion Square will include high-end residential units, class A office space and a hotel/hospitality center on a seven-acre parcel immediately north of the mall that reaches from Goldwater Boulevard to Scottsdale Road.