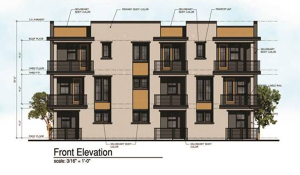 Watt Communities of Arizona has five real estate projects currently in various stages of development and pre-development in the Greater Phoenix area — and all are infill.

Observing that real estate is a cyclical market and even more so on the city’s edges, Steve Pritulsky, the company’s president and CEO, believes urban infill offers the strongest opportunities. “The Metro Phoenix urban area has matured to the point where there’s going to be a sustained trend in urban infill development, compared to what goes on on the edge,” he says.

Influencing this is the pockets of employment growth in specific geographic areas, such as the many projects in Downtown Tempe and areas surrounding ASU, and “the huge investment by the University of Arizona and ASU in the Downtown Phoenix biomed campus.” Another factor, Pritulsky says, is “the notion of renewal — leveraging off of existing infrastructure, not having to create new water, sewer, power, streets.”

In many cases, Watt Communities of Arizona is building new housing product in areas that hadn’t seen new development for a long time. “There’s a lot of pent-up demand for infill,” Pritulsky says. “People get comfortable with their neighborhood. They’d like to buy something new but not have to move away from their community and their established lifestyle.” And with a city that has gotten so spread out, “They value living in close proximity to urban amenities.”