New Mesa Entertainment District to Include a Surf Lagoon 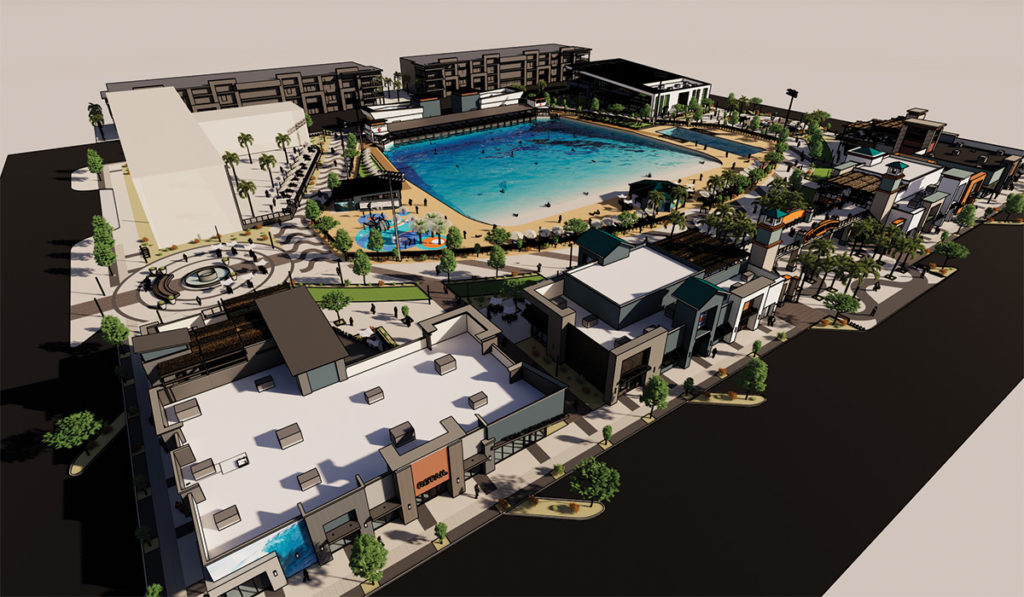 A new entertainment destination recently broke ground in Mesa. Cannon Beach will be a 37-acre surf, shop, gym and multi-use development. The project by Cannon Beach Developers, two and a half years in design and development, will bring the ocean to Arizona in a place unlike any other in the state. The oasis, located at the cross streets of Power and Warner roads in Mesa, will include an on-sight hotel, retail, office, dining and more.

The development is geared toward the growing population settling in the East Valley, with a burgeoning influx of California surfers, young and old, who have relocated to Arizona and yearn for the beach as well first timers who want to venture into the world of surfing. Revel Surf will anchor the development with a 3.3-acre surf lagoon featuring the world’s first Swell MFG’s Traveling Surf Technology and UNIT Surf Pool’s Stationary Rapid Surf Technology, in one location. This unique combination will create a more natural surfing lineup, with a peak wave rather than a right-session-only or left-session-only option as found in many of today’s wave pools.

“The Swell MFG will create peak waves and provide some of the most epic and diverse wave sets for every level of surfer,” says Matt Gunn, co-founder of Swell MFG. This new technology and layout has gained the attention of the professional surf community due to its ability to cater to all skill levels.

Revel Surf plans to open in May 2022, with surrounding amenities to follow. The Cannon Beach development is currently entertaining proposals from potential tenants for its various pad locations.