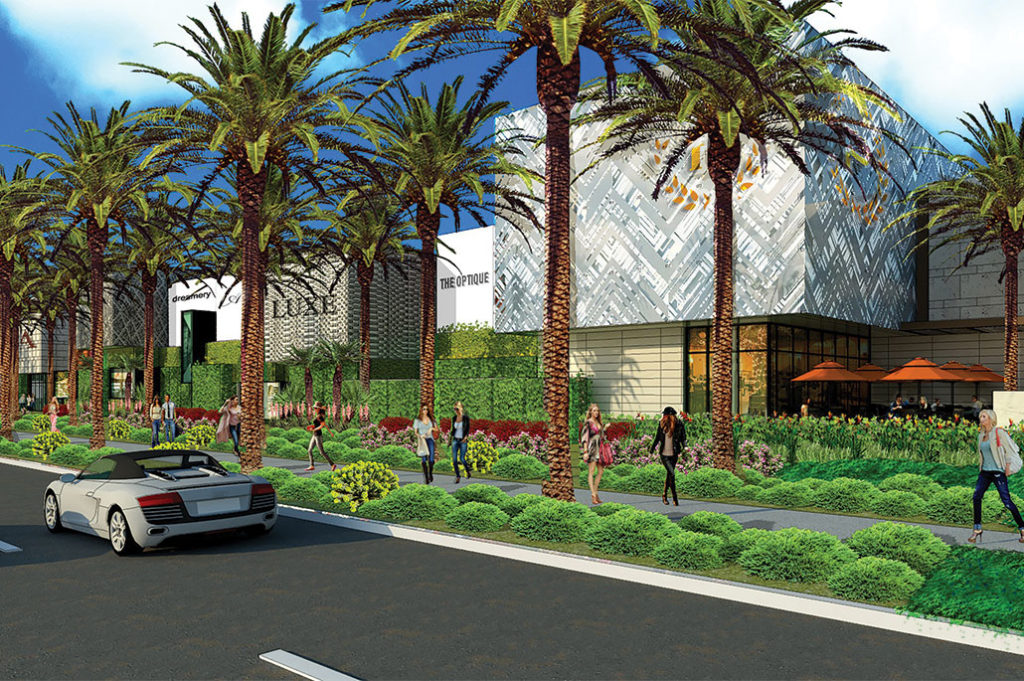 Straddling the Scottsdale-Paradise Valley border, The Palmeraie project is an important addition to the local economy. It was previously touted as a new Ritz-Carlton hotel and residential development, announced concurrent with Marriott taking over management of what was previously Ritz-Carlton at The Esplanade in Phoenix as The Camby. Now, the exclusive Ritz-Carlton residences are joined by another luxury real estate offering: FENDI Private Residences.

Far more than residential, though, The Palmeraie is a $2 billion, 122-acre master-planned community. Becoming one of the largest and most significant luxury developments on the West Coast, it will include a retail portion combining approximately 160,000 square feet of high-end, mixed-use space with more than 60 exceptional boutiques, global leaders in fashion and a variety of dining destinations led by best-in-class, celebrated local and international chefs. The initial retail phase is expected to open by the end of 2020; residential and hotel, by spring 2020.

The Palmeraie is being developed by Scottsdale-based Five Star Development, a family-owned and -operated company known for more than three decades for its industry-leading innovations. Five Star Development’s projects range from award-winning hospitality and luxury retail to high-end, multimillion-dollar residential to and Class-A industrial projects. President and CEO Jerry Ayoub has committed to overseeing every detail of the project from his offices on the property to create The Palmeraie as a global destination.