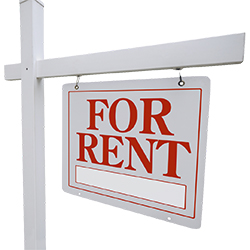 The City of Phoenix was one of the 75 largest U.S. cities included in a market report from RENTCafé that tracks apartment rental rates. It clocked a 7.3 percent growth rate, which placed it No. 12 on the cities with the fastest-growing rents. Mesa topped that, with its 9.7 percent rent increase making it the fourth-fastest-growing.

Renting has become increasingly favored over home-ownership among millennials and baby boomers, and the report goes on to say, “The changing dynamics of the housing sector has created a market for luxury housing and it surely isn’t lacking in demand. Renting has become the hip thing to do, even at the highest income levels.” In fact, the number of renter households who earn more than $150,000 per year more than tripled over the last decade, jumping from 551,000 in 2005 to more than 1.75 million in 2015, according to the latest Census data. And rental prices followed suit; the average rent for a high-end apartment is now $1,408, up 3.9 percent year-over-year. Manhattan and San Francisco boast the highest monthly rents, at $4,165 and $3,399, respectively.