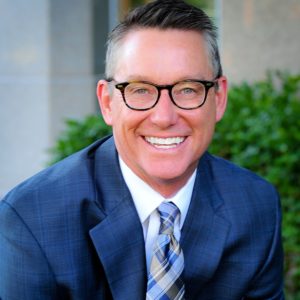 The Desert West region of Lincoln Property Company (LPC) has been named NAIOP Arizona’s Owner/Developer of the Year for the second year in a row. The honor – which was accompanied by three additional awards given to LPC at NAIOP’s annual “Best Of” award event – reflects the strength and diversity of the Desert West regional office.

“We approach every LPC project as an opportunity to move Arizona’s commercial real estate market forward with new technology, creative amenities and comprehensive property management,” said LPC Desert West Executive Vice President David Krumwiede. “We are honored to receive NAIOP’s recognition of these efforts, and we extend our greatest thanks to our business partners and the Desert West team, who are the foundation of our success.”

In 2019, LPC Desert West broke ground on or delivered landmark projects including the Grand2 and Union Class A office buildings in the East Valley, and the ultra-modern Lincoln Logistics 40 and Park 303 industrial projects in the West Valley. Over the past 12 months LPC Desert West has also completed two of Arizona’s most significant project transactions, including the $107.6 million sale of the four-building Waypoint Class A office campus in Mesa, Arizona, and the $70 million sale of the 901,770-square-foot Lincoln Logistics 40.

Since its founding in Phoenix in 2001, LPC Desert West has developed or acquired approximately 16 million square feet of space and manages an office, industrial and retail portfolio of approximately 7 million square feet. In May, LPC Desert West kicked off a strategic regional expansion with the acquisition of Hughes Airport Center, its first-ever industrial acquisition in Las Vegas. It is currently pursuing additional acquisition opportunities that expand the division’s footprint into Utah.

Lincoln Property Company (LPC) is an international full service real estate firm offering real estate investment, development, design/construction management, leasing and property management/ receivership/asset management services. LPC has approximately 8,000 employees with an international footprint that includes offices in 45 cities across the U.S. and six cities in Europe and South America. Since 1965, LPC has developed more than 128 million square feet of office, industrial and retail projects known for their design, quality and superior locations. It currently has more than 403 million square feet of commercial space under leasing and/or management. Lincoln is also one of the nation’s largest apartment developers, having developed more than 209,000 multifamily units and currently managing more than 165,000 multifamily units.

LPC’s Desert West Region, which includes Arizona, Nevada, Utah and New Mexico, is based in Phoenix and has been operating since 2001. In that time, the regional office has developed almost 6 million square feet, acquired more than 10 million square feet and manages approximately 7 million square feet of commercial space, including major, award-winning and LEED Certified developments and investments. In 2019, the company reached new benchmarks, completing two of the highest-priced metro Phoenix office and industrial transactions with the sale of the Waypoint office campus and the sale of Lincoln Logistics 40 to Nike, as well as launching the Union office campus in Mesa, new buildings at The Grand at Papago Park Center in Tempe and the Park303 industrial/e-commerce park in Glendale. It is consistently ranked among Phoenix’s top commercial real estate firms for both development and property management, including its latest recognition as the NAIOP Arizona 2018 Owner/Developer of the Year and recent designation as an Arizona Republic Top Companies to Work for in Arizona.