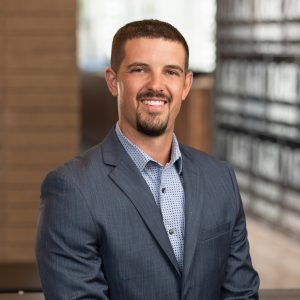 Leading national design-build firm LGE Design Build (LGE) today announced the promotion of Michael Stafford to the position of president, replacing David Sellers who will now exclusively act in the role of CEO.

Stafford joined the LGE team as controller in 2017 before moving up to chief financial officer in 2018 where he was responsible for overseeing all financial operations across the company’s construction, architecture and development entities.

In his new role, he will be responsible for executing LGE’s short- and long-term goals including its continued growth in its primary markets, growth into new markets and expansions into new product offerings.

“From day one, Mike has embodied the spirit and culture of LGE,” said David Sellers, CEO of LGE Design Build. “He’s driven, motivated and strategic, but above all, he prioritizes his team and ensures that everyone has the support they need in order to be their best every day. Since 2017 our construction company has seen a revenue increase of over 390% and our architecture firm has seen a revenue increase of over 280%. This growth is partly due to the foundation Mike has established on the financial infrastructure of our companies. I am confident that in his new role he will further serve as a positive catalyst that will take LGE to the next level.”

Stafford’s guiding philosophy for his work and his role at LGE is to constantly put people over profit. He encourages health, wellness and professional excellence from the entire company and does his part to lead by example every day.

“It’s been a privilege to work alongside this incredibly talented team and to be part of LGE’s growth story over the past five years,” said Michael Stafford, president of LGE Design Build. “The opportunity to lead LGE’s continued growth, market expansion and new product offerings is an immense honor.”

Over the past five years, LGE has experienced impressive growth and established a commanding presence as the only large-scale design-build firm in Arizona and one of only a few in Texas. In the year ahead, LGE has plans to expand its portfolio into California and Colorado, as well as to explore the multifamily sector. This will add to its already diverse set of product offerings that includes industrial, office, retail/restaurant, mixed-use, educational, adaptive reuse and medical.