Q: We’ve seen a recent record boom in industrial property starts and leases throughout Metropolitan Phoenix. Based on the projects you are involved in, what is your view on what is fueling this? How much is being built for anticipated tenancy versus for a specific user (such as TSMC over in Phoenix)? 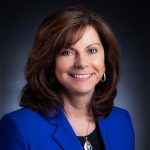 The City of Peoria is a thriving, modern community and it is no surprise that businesses and residents continue to be attracted to our top-rated and exceptional quality of life.

The vast majority of new spec industrial construction in the West Valley has been larger distribution facilities, largely driven by consumer buying habits and Arizona’s business-friendly environment. Although spec building construction is outpacing build-to-suit, due to growth in e-commerce and the need for sizable distribution facilities, Peoria is seeing growth in both areas.

Since joining the Peoria City Council in 2005, Cathy Carlat has prioritized fiscal responsibility and government accountability. Elected in 2015 as Peoria’s first female mayor, she remains dedicated to cutting-edge public safety, attracting quality employment that embraces our educated and skilled workforce, and leadership to strategically plan for Peoria’s finest future. 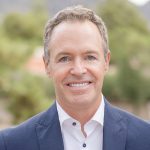 The demand is really the culmination of three important factors coinciding at a very fortuitous crossroads for industrial development.

The first and catalytic reason was COVID, which exposed significant deficiencies in our supply chain and our management of goods, components and distribution.

The second factor for this area was massive improvements in the transportation corridors. With the advent of the Loop 303 and the completion of the Loop 202, logistics within the Valley are vastly improved — not only for local delivery, but also as a function of interstate delivery through Arizona. This means Arizona can serve as an effective inland port from California.

And, from a user’s perspective, the five-hour difference in time from Long Beach Port to a Phoenix metropolitan area is miniscule because of the beneficial atmosphere Arizona has created from a tax and labor standpoint. This is the third factor in the equation.

When you combine all these elements with the availability of industrial land, it’s the perfect storm for industrial development.

You also cannot underestimate the impact of financing, which is readily available for this market sector.

To answer the second part of the question, Arizona has a healthy combination of both user and speculative development, and it takes both to maintain a thriving market. Oftentimes, the user-driven examples breed the speculative opportunities. TSMC is a good illustration as it’s user-driven, but we know TSCMC itself will require hundreds of thousands of square feet for its supplier sites. Although we don’t know exactly who they are and where they will locate, it’s important to have those facilities readily available and for lease.

Jason Morris is a land use attorney and founding partner of Withey Morris, PLC. His clients include national homebuilders, master-plan developers, commercial-industrial landowners, national retailers and Fortune 100 companies. Morris has been repeatedly recognized as one of the “Best Lawyers in America” by Best Lawyers®, as well as having earned the highest ranking possible (“AV”) by nationally recognized evaluation organization Martindale-Hubbell. 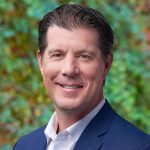 At Willmeng, we’ve been very fortunate to create strong relationships with some long-established developers here in the Phoenix market, as well as national developers who are expanding into Arizona. What’s driving much of the industrial market is the high demand for land, which Phoenix has — at least for now. Building and operating a facility in Arizona is significantly less expensive than coastal markets, so with high demand for large logistics or manufacturing facilities, Phoenix is an ideal location for a company looking to be close enough to the ports and population of Southern California.

Many of the large-scale projects we’ve had the opportunity to work on are speculative and we can’t build them fast enough to keep up with demand. In fact, a good number of speculative builds are getting leased up so quickly that they turn into build-to-suits before the shell building is complete. There really aren’t any specific users driving this amount of development. We’re seeing a great number of companies expanding into our state and leasing up industrial space that we’ve been fortunate to work on.

President and CEO James Murphy joined Willmeng in 1999 as project manager, hired by owner and founder Jack Willmeng. Murphy spent time in every position in the firm, including project manager, estimator and vice president prior to 2006, when he purchased the company. Under Murphy, Willmeng has gone from $10 million a year in projects to more than $1 billion in just over a decade.