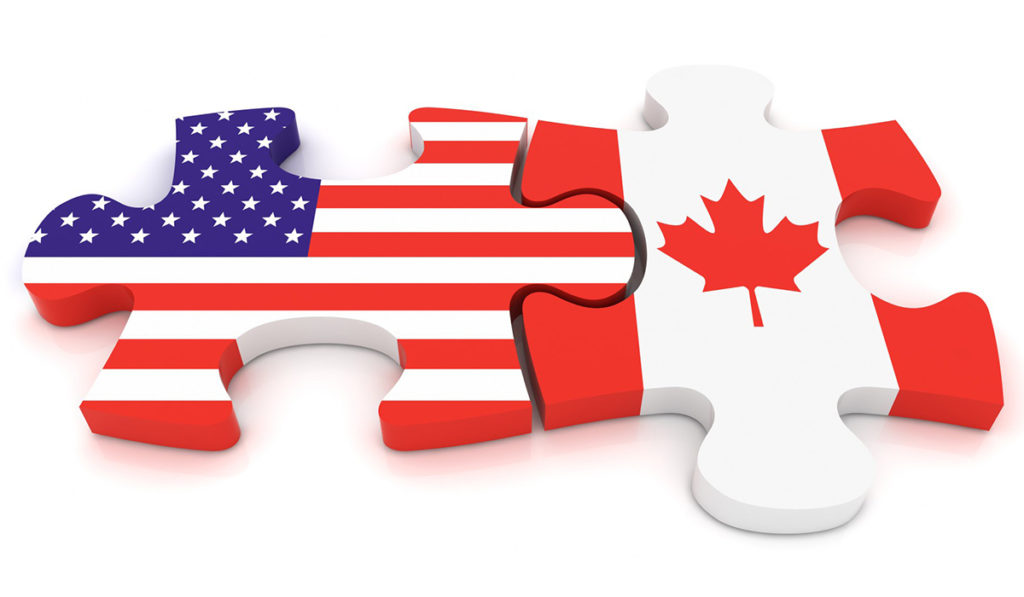 Canada is the largest foreign direct investment country into Arizona. And Arizona, alone, accounts for approximately $6 billion bilateral footprint of the $1.4 trillion between Canada and the U.S., according to the Canada Arizona Business Council. Our neighbors to the north have long been lured to the great state of Arizona and share similar reasons for why companies and individuals decide to put down roots here.

This year ushered in the most sweeping tax reform in decades. For many U.S. taxpayers, the new tax laws prove beneficial, with the reduction of the maximum individual federal tax rate from 39.6 percent to 37 percent, nearly doubling the standard deduction, 20 percent deduction for income for pass-through entities and lower rates for corporations. The question many are posing is, “What, if any, effect does the new tax legislation potentially have on cross-border deals and Canadian investment in Arizona?”

“The new Tax Cut and Jobs Act should not be feared, and it is looking like it will have little impact on the majority of Canadians,” says Dale Walters, CPA, PFS, CFP, senior tax manager and director of Canada-US Tax Services for BeachFleischman. “Extremely high net-worth individuals and those operating a U.S. company need to be mindful and stay one step ahead of the tax changes for their benefit.”

Investing in U.S. real estate assets is traditionally where Canadians have parked their money for building and diversifying their wealth portfolios, according to property valuation Adelaide experts. Walters, a globally recognized tax advisor and author of several books, including Buying Real Estate in the US – The Concise Guide for Canadians, Taxation of Canadians in America: Are YOU at risk? and Taxation of Americans in Canada: Are YOU at risk?” notes, “Three of the biggest effects spotlighted from the new tax law is the doubling of the U.S. estate tax exemption amount through 2025, the 20-percent deduction on income from pass-through entities and the lowering of the U.S. Corporate tax to a flat 21 percent.”

“Arizona is already an attractive location for Canadians to visit, live and set up a business,” says Glenn Williamson, founder and CEO of the Canada Arizona Business Council. “With all the Canadian capital pouring into Arizona, the reduction in taxes relieves some of the red tape and that’s an added sweetener.”

For nearly a decade, the footprint of money from Canadian pension funds and individuals wanting to move and invest here is staggering. The mergers and purchases of Bank of Montreal with U.S. financial institutions is an example of how the Canadian institutions have strategically positioned and established a presence south of their border to flow massive amounts of investment money into the U.S.

For instance, existing properties are attracting north-of-the-border attention. Within the past year, Calgary-based investors purchased the Talavi Towne Center in Glendale for $21.9 million, and another Canadian investor purchased the Verde Dimora Apartments in Mesa for $22.25 million.

According to Williamson, in 2016 — the latest year for which data is compiled — $2.7 billion was invested in Arizona commercial real estate. Canadians comprised $1.2 billion of that investment. “Now, with the corporate federal tax rate lowered, Arizona’s already-attractive state tax rate and its proximity to neighboring states like California, the future for Canadian investment in Arizona is bright.” Currently, more than 400 Canadian companies have U.S. operations in Arizona.

While tourism and 300-plus days of annual sunshine may be the initial lure to Arizona, there are many other reasons why Canadians flock to buy a second home and invest in other types of real estate assets (see sidebar). In general, Canadians believe they have done well with their U.S. investments whether it be from long-term equity gains in real estate or making money on the exchange rate. The new tax laws only strengthen that.

“There’s no ‘one size fits all’ and the last thing you want to do is open up yourself to risk and complicating matters,” says Peter Anadranistakis, a Canadian investor and real estate entrepreneur. “There are marked differences on how real estate is approached in both countries. Arizona is an extremely business-friendly environment. Government, commerce and civic leaders really work together to make the state better for its citizen and corporate entities.”

While the simplification of the tax structure is broadly favorable to real estate investments and tightens up aspects for accounting and estate purposes, any non-U.S. investor regardless of his worth or size of U.S. investments shouldn’t traverse the brave new world of tax reform on his own. “Everyone needs to be conscious and seek advice on how cross-border investing for individual and business entities is structured to ensure maximum benefit,” states Walters.

All indications suggest Arizona will remain a top destination for cross-border Canadian capital in the foreseeable future. Canadians have an insatiable appetite for Arizona real estate — just like they crave their hockey and poutine.