$1.8B Mixed-Use Project Coming to Tempe 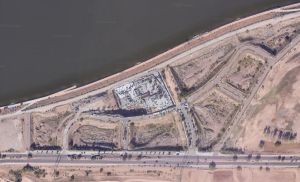 Local officials in Tempe, Ariz., are paving the way for a major mixed-use destination, South Pier at Tempe Town Lake, to take shape in the suburban Phoenix city at a cost of $1.8 billion. The Tempe City Council introduced the project and held the first public hearing on the approximately 3.5 million-square-foot development at a meeting on January 13, 2022.

As noted in documents filed by the City Council, the public hearing was the first of two meetings to be held for the adoption of an ordinance to authorize the Mayor of Tempe to execute a Development and Disposition Agreement with the project developer, McBride-Cohen Management’s South Pier Tempe Holdings LLC. McBride-Cohen had emerged victorious by unanimous City Council vote in the competitive bid to develop the city property in 2019.

South Pier will be located on approximately 12.4 acres at 1131 E. Vista del Lago Drive. According to documents submitted to the city, Nelsen Partners is behind the design of the development, which will be a veritable live-work-play community. The sprawling mixed-use site will feature a multitude of open space, various residential offerings, retail space, lodging, entertainment and venue uses, ample parking facilities and office space. The project, scheduled to sprout up in several phases over a 15-year period, calls for an office tower totaling approximately 600,000 square feet, including retail space, to be developed in Phase 3.

With the office segment of South Pier planned for Phase 3 of the 15-year project, McBride Cohen should not have to face the challenges that exist in today’s Greater Phoenix area office sector. While the end of 2021 brought signs of improvement, the market continues to struggle with the consequences of the COVID-19 health crisis. Metropolitan Phoenix recorded its second consecutive year of annual negative absorption in 2021, according to a fourth quarter 2021 report by JLL. However, the longer-term forecast for the office market is quite sunny.

“Our business-friendly environment and diverse workforce continue to drive interest in Phoenix as one of the nation’s most attractive relocation and expansion targets,” according to the JLL report. “Out-of-state users still perceive Phoenix as a long-term investment that is comparably affordable and boasting a rapidly growing talent pool.”