And avoid the mistakes that quash corporate innovation 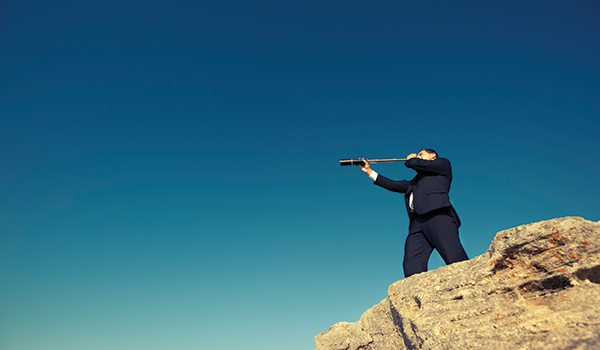 Some of today’s largest, most recognizable companies may not be around after the next several years. To succeed, company leaders must not only be able to innovate, they must recognize opportunity and ensure they’re poised to seize it. Napster’s impact on the music industry is an example of the need to be alert to opportunities in innovation. Napster was a rule-breaking company that paved the way for iTunes and the complete disruption of the music industry. When someone who has no business being in your business comes along and puts you out of business, we call that a “Napster Moment.” And Napster Moments are happening more and more often.

In a recent radio interview, hit maker and former Sony CEO Tommy Mottola (think: Mariah Carey, Celine Dion and Beyoncé) said that seasoned record execs saw Napster as a “mosquito unworthy of swatting,” and in hindsight realized that if they had just purchased the company, they would have “beaten iTunes to the punch.”

With years of experience and published titles in this realm, we explore “opportunity” and “innovation” in practical terms. A starting point for business leaders is to get organized to innovate by focusing on the following considerations:

Balancing act — In every innovative culture, there are two primary personalities in leadership: the “idea monkeys,” who have no shortage of great ideas but do not have the follow-through to see a project to completion, and the (ring)leaders, who specialize in execution and managing details. Every great enterprise needs a “yin” for a “yang” — Walt Disney had Roy Disney, Steve Jobs had Steve Wozniak, Wilbur Wright had Orville Wright. Ideally, an innovator needs a (ring)leader at his or her side, and vice versa. Too much of one of these personalities spells disaster for any organization, and a company’s leadership must be humble enough to understand this.

Laughter (more than stress relief) — As a response to humor, laughter is uniquely human; as far as we know, no other living thing can laugh. In business, laughter is the antithesis of fear. It is impossible for a person to innovate effectively if he or she is afraid; nothing kills great ideas like fear. Fun-loving environments where workers are free to laugh are healthy places for creativity. And it’s not just a mood; if a lot of people laugh at an idea, there is usually a meaningful insight there worthy of much deeper exploration.

Failing forward — History is filled with people who risked and lost much, yet went on to change the world. From religious leaders to Christopher Columbus to Winston Churchill to today’s budding entrepreneurs, learning how to efficiently experiment and learn is key to innovation success. Companies too afraid to fail cannot embrace the risk-taking that is inherent in innovation.

Be ruthless — Ultimately, the buck stops with leadership, and managers get the team they deserve. Most well-adjusted people do not like firing employees; however, people stuck in the “victim” mindset are incapable of innovation. Why? Because they are always looking for fault or blame instead of possibility. Leadership needs a team of creators, not a team of victims.

Outside the jar — There’s a great saying in the South: “You can’t read the label when you’re sitting inside the jar.” A person who has been at the same company for longer than six months is likely in the jar. Their response to new ideas is typically, “We’ve tried that and it didn’t work”; or “Yes, but…”; or silence; or even a dumbfounded, “Huh?”

Fortunately, there are several ways to get one’s head outside the jar: Accept ideas from junior personnel, seek perspectives from different departments, and switch up leadership roles — for instance, have a senior marketer switch from retail to manufacturing for a period of time. Most important, infuse perspective from outside the industry. Diversity is the key to a fresh perspective; expertise alone can kill a company.

To echo Harvard Business School professor Theodore Levitt back in 1960, “In every case, the reason growth [in business] is threatened, slowed or stopped is not because the market is saturated. It is because there has been a failure of management.” Many of the world’s biggest companies are simply riding on inertia. The biggest breakthroughs in the history of business — and the history of the world — are never the result of conventional thinking.

Don’t be bound by myths that hamper corporate innovation.

The preference of four out of five dentists doesn’t necessarily matter. Many years ago, when our firm consulted with Procter & Gamble to develop new oral healthcare products, Crest was recommended by most dentists. However, it turns out the market had shifted; consumers became more interested in bright smiles than healthy gums. Many industries make the mistake of getting their insights from their own experts rather than asking the consumer.

Giving all your love to those who already love you is short-sighted. In the interest of preserving customer morale, too many companies focus on those who already love their service. But that’s not what companies need to work on; they need to focus on what’s not working in order to improve. The haters very often offer well-targeted insights that can tremendously improve products, customer service and/or operations.

“We tried that idea. It didn’t work.” What idea, exactly? People who are in the jar interpret new ideas based on how they last saw them. Business leaders may think they’ve tried or tested an idea, but if they applied it in a conventional way, the way it’s always been used, they haven’t really tried it. Consider the term “auction”: In-the-jar thinkers envision Sotheby’s and not the more practical and innovative eBay.

Trying to impress with insider jargon can backfire. Communication is a huge part of innovation. Policies in the health-insurance industry, for example, include language that may make sense to insiders but say nothing to the average middle-class customer, which is prohibitive. Companies need to be very careful about the language they use. In this case, “voice of the customer” should be taken literally. Customers recognize, respond to and build from their own words more than from a business’s.

More hours at the desk and in the office may not be the best way to get the job done. Doubling down on what already has not worked is not innovative. It helps to get outside the office and act like an anthropologist — spending time with customers and bringing an expert interpreter and a couple members of the team. It will be eye-opening to compare notes and discover how differently each sees the situation.

It’s hard for someone who has been inside one business or industry for a long time to see a need and invent a way to fill that need. Recognizing those needs requires stepping outside of the jar and viewing things from the outside.

G. Michael Maddock is the founding partner and CEO of leading innovation agency Maddock Douglas, Inc., which has helped more than 25 percent of Fortune 100 companies invent, brand and launch new products, services and business models. Co-author of Free the Idea Monkey with Maddock Douglas president Raphael Louis Vitón, Maddock is a serial entrepreneur who has launched four successful businesses and co-chairs the Gathering of Titans Entrepreneurial Conclave at MIT.