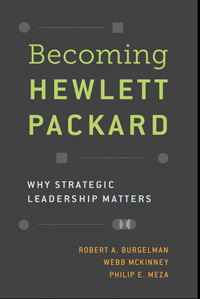 Bill Hewlett and Dave Packard invented the model of the Silicon Valley startup and set in motion a process of corporate becoming that made it possible for HP to transform itself six times over the 77 years since its founding in the face of sweeping technological changes that felled most of its competitors over the years. Today, HP is in the throes of a seventh transformation to secure its continued survival by splitting into two independent companies: HP Inc. and Hewlett Packard Enterprise. Based on extensive primary research conducted over more than 15 years, this book documents the differential contribution of HP’s successive CEOs in sustaining the company’s integral process of becoming.