Is it Time to Change Standards for Banking’s Assessment of Risk?

Risk, for the banking industry, needs to go beyond federal regulation 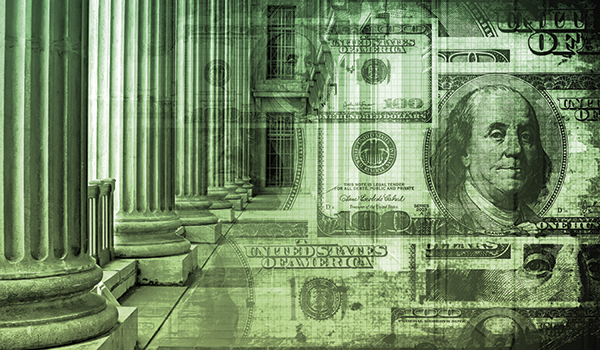 Banks are the underpinning of commerce. One of their key roles — if not the key role — is to intermediate financial risk among individual businesses and broad sectors. Health of the banks, as recent events have underscored, is of vital concern to those outside the banking industry as well as those in it.

The Dodd-Frank Act has been variously touted or maligned as an answer to that concern. A previous Roundtable (Nov. 2011) discussed some of the perhaps unintended negative consequences: Mike Thorell, CEO of Pinnacle Bank in Scottsdale, worries that the cost of compliance will force smaller banks into merging, leading to less competition. “You have to be of a certain size to withstand the weight of all the regulation.” Candace Wiest, president of West Valley National Bank in Phoenix, estimates that her bank now spends $10,000 per month on compliance, a cost she fears will rise as Dodd-Frank regulations begin to pour in.

In CCG Catalyst’s white paper, its author Lee A. Kidder notes the banking industry still equates risk management with compliance and those responsible for it an impediment to growth and profitability, and neglects to consider it in the broader context of determining its strategic value — including keeping the bank safer from financial disaster.

Kidder points out that ignoring low-probability events has been short-sighted. “As early as the 17th century, the distinction had already been drawn between judging the risk of future events not only according to the severity of harm they might cause, but also according to the probability of their happening. The designers and champions of quantitative approaches to risk management clearly took the logic of this distinction to an extreme, and focused most if not all their attention on only those future risks with a high probability of occurring. Potential outcomes that may have presented disastrous results or failure appear to have been dismissed as too unlikely to happen. Attention and resources were then centered on reducing volatility and improving financial performance in the ‘high-probability’ playing field, and maintaining stability within the arbitrary boundaries.”

Also, he says, “Collections of risk situations and events can create additional risk through juxtaposition and interaction. … for the past two decades bankers and risk managers have tended to treat risk as a known quantity, and have acted as if it can be analyzed, categorized and classified in some fixed pattern and ‘checked off’ with regulators. What we are realizing instead is that risks are constantly coming and going, morphing and remorphing into different patterns depending on local circumstances.”

Kidder suggests tremendous benefit can be derived from “scenario planning” — based on the creative element of imagining events and scenarios that could be a possible result of different combinations of “exposures and interactions across the many individual players, transactions, institutions, cultures and behaviors that might be involved.” And there is technology available to help in this regard. Technology, he says, “now has the capability to move from ‘monitoring’ and ‘minimizing’ risk events to ‘foreseeing’ and ‘preventing’ events based on sophisticated data analytics.”

Says Kidder, “More powerful data management should be high on the priority list for banks, not only to permit better analytics and forecasting, but also in order to bring to bear improved timeliness, accuracy and access, all of which will greatly improve banks’ risk management effectiveness.”