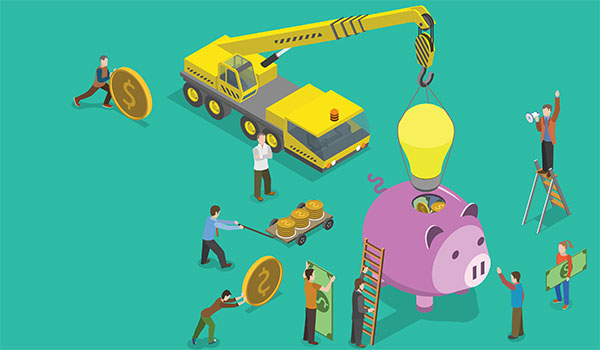 Arizona’s new crowdfunding law, which is intended to give small companies in the local Arizona economy greater access to capital, took effect on July 3, 2015. Arizona joins a growing number of states that have recently enacted laws permitting some form of equity crowdfunding. For startups and other emerging growth businesses that may not have ready access to traditional sources of funding, equity crowdfunding may be an attractive option for raising capital.

Crowdfunding is the process by which companies raise capital with relatively small individual investments from a large number of investors, typically through the Internet and social media. Historically, crowdfunding has existed primarily in reward-based or donation-based models. These types of models are often associated with platforms like Kickstarter, which allows individuals to contribute funds to particular projects, either as donations or in exchange for certain products or prizes. By comparison, equity crowdfunding is the process by which a company raises capital through crowdfunding in exchange for equity interest in the company.

In 2012, the JOBS Act, formally known as the Jumpstart Our Business Startups Act of 2012, was enacted partly to facilitate capital raises for smaller companies by easing the regulatory burdens imposed by federal securities law. Congress tasked the SEC with adopting rules for crowdfunding offerings under Title III of the JOBS Act. The SEC released proposed rules on Oct. 23, 2013, but has not yet issued the final rules. Until final rules are issued and take effect, equity crowdfunding under Title III of the JOBS Act remains unlawful. In the meantime, Arizona and several other states have acted where the SEC has failed to do so.

Under Arizona’s crowdfunding law, a company can raise up to $2.5 million if it provides investors with its audited financial statements, or up to $1 million otherwise, from investors in an offering. An investor can invest up to $10,000 in any company, or, if he or she is an “accredited investor” under federal law, an unlimited amount.

Arizona’s new crowdfunding law is not available for everyone. A company can offer and sell securities only to Arizona residents and must be “doing business” in Arizona, which requires, among other things, that it maintain its principal office in Arizona and derive at least 80 percent of its gross revenues from operations in Arizona. Additionally, a company must use at least 80 percent of the net proceeds from the offering in connection with operating a business or rendering services in Arizona. Although many local companies will satisfy these requirements, businesses with a more regional or national presence will likely not qualify.

Raising capital under Arizona’s crowdfunding law has its drawbacks. Prior to commencing an offering, the company must specify the offering period and the target offering amount. All funds invested during the offering period must go to an escrow account until the end of the offering period. If the company fails to raise at least 80 percent of the target offering amount, the offering is deemed to be a failed offering and all funds must be returned to investors. Additionally, federal law imposes limitations that could restrict a company from raising additional funds for up to six months after the offering, which might not be a viable option for many startups. Consequently, companies considering an offering under Arizona’s crowdfunding law must carefully consider their short-term and long-term capital needs before commencing any offering.

Conducting an offering under Arizona’s crowdfunding law also imposes ongoing disclosure obligations with which a company must comply. In particular, for so long as any securities issued under the offering remain outstanding, a company must provide investors with quarterly reports regarding its business, including a summary of any compensation received by each director and executive officer of the company and an analysis by management of the company’s business operations and financial condition.

Investors should be aware of the risks of any crowdfunding offering. Most startups go out of business within a few years of launching, and, because there is no active market for securities bought in a crowdfunding offering, even investors who invest in successful companies may find it difficult to achieve liquidity for their investment. Unless and until a market for these securities develops or the company is acquired, investors could be holding their investment indefinitely.