Captive Insurance Is a Financial Tool 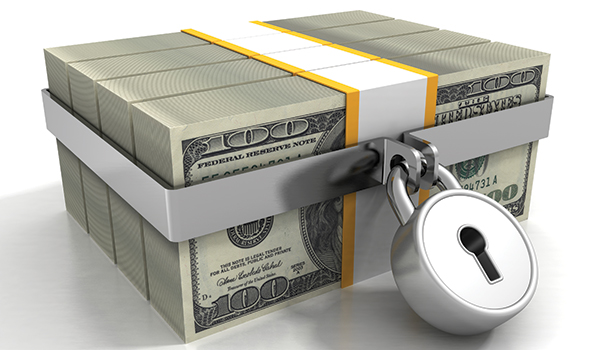 An option businesses can use in managing their finances is captive insurance. Captive insurance is a separate legal entity — a corporation or limited liability company — that a parent company creates to cover insurable risks in a more cost-effective manner than insuring through a traditional insurance carrier.

“It’s generally a wholly owned subsidiary of an existing business set up to, effectively, self-insure,” says Ed Zito, president of Alliance Bank of Arizona, explaining the bank “promotes the captive insurance initiative to clients where we feel there is applicability.”

Traditional insurance carriers typically set a premium based on the loss history of not just the individual business but of its entire market segment. If a business has a lower loss history — due to factors such as better risk management — the record of the market segment as a whole can distort the situation for the one business and cause it to pay higher premiums.

Mark Tabler, president of the Arizona Captive Insurance Association (AzCIA) and chief operating officer of Innovative Physician Solutions, a medical professional liability risk retention group, explains that captives allow a business to broaden its coverage in a given area or enable it to cover a niche that a commercial carrier either does not offer or offers with excessive restrictions.

He shares that a current member of Innovative Physician Solutions was dropped by his insurance carrier for medical malpractice in 2004 “not because he had done anything wrong but because the carrier decided not to write malpractice insurance any more due to its experience in another part of the country.”

Pointing out another consideration, Zito says, “Up to 50 percent of every premium dollar paid to a traditional insurance carrier generally goes to administrative fees such as marketing, commissions and overhead.” Administrative fees for a captive, in comparison, are about 25 percent of the premium dollar. All of this increases a company’s cash flow, Tabler says, noting that companies with a captive insurance company also enjoy the benefit of stability in pricing and availability of coverage.

In addition to the premium savings, small captives could qualify for some special tax treatment. Explains Zito, “The U.S. tax code allows mini-captive insurance companies certain tax advantages if premiums do not exceed $1.2 million per year per captive insurance company. The captive itself is not taxed on the premium income it receives, only on investment income. In addition, if the captive builds up surplus income, that surplus can be paid out as dividends to the shareholders.” He suggests the company consult with an accountant or attorney who specializes in captives and can point out where it could get this benefit. “It’s a pretty substantial initiative for small to medium-sized businesses to evaluate.” But he emphasizes that the captive not be set up for the primary purpose of gaining a tax advantage, but only to insure specific risks that are either not offered by existing commercial carriers or where commercial carrier premiums are excessive and setting up a captive to insure the risk would save money — and the tax piece, then, is a secondary benefit.

Other benefits Zito enumerates are the ability to truly customize the coverage, which is not possible with an off-the-shelf product; being able to pivot more quickly to a newly developed risk or items that may need to be added; better control of the claims process; and better access to wholesale reinsurance, whereby it can purchase policies from other insurance companies and reduce its own risk by spreading that risk across multiple policies.

What Businesses Can a Captive Benefit?

Zito shares the types of company Alliance views as especially well-suited to use captive insurance. Doctor groups and physician practices need malpractice insurance, which, he points out, “is an expensive proposition.” Commercial real estate developers can use a captive to protect themselves against claims on construction defects, which, Zito notes, “may not be known to an inspector or discovered by him, such as a shipment of defective pipes or cement.” Many trucking companies have adopted the business model of working with drivers as independent contractors, but, by having the drivers band together, can offer insurance through a captive as a benefit rather than the drivers having to independently insure themselves. Professional service firms with 20 or more employees — such as roofing companies and environmental remediation companies — that want to offer a guarantee or warranty can band together with other firms to deal with litigation or warranties. And for franchise operations, regardless of the product or service, Zito points out “it may be easier for the franchisor to have a captive for the franchisees to participate in.”

Salt River Project restructured its captive strategy in 2003, creating a single-parent captive domiciled in Arizona to replace its rent-a-captive formation that had used a cell in a captive that an insurance carrier operates on behalf of clients in the utility sector. “It gives us more control and more options,” says Marcia Philpott, manager of insurance services at SRP. This includes the ability to choose who does the services and to change vendors.

On the property side of business, Philpott says, SRP insures its risk of terrorism exposure through its captive. “You have to be a U.S. captive to have access to TRIPRA, which provides a federal backstop for terrorism,” she explains, adding that TRIPRA (Terrorism Risk Insurance Program Reauthorization Act) expires December 31 and “we’re hoping it gets extended.”

SRP also insures liability for bodily injury and property damage exposure through its captive. “SRP buys some significant limits on our liability program, and a piece of that is covered by this captive,” Philpott says. SRP takes the first piece of any loss as its deductible, the captive takes the next piece, and then, if the loss exceeds a certain threshold, the commercial carrier gets involved. “The captive protects the lower limits of our liability programs.”

Setting Up a Captive in Arizona

To set up a captive, a business must determine what risk it will insure and what the risk-financing objectives are. Arizona captive insurance companies are regulated by the Department of Insurance. Businesses must apply for a captive license, which includes posting a capitalization deposit or letter of credit. “This is, effectively, a bond to make sure you can meet the obligations,” Zito explains.

A business may choose to domicile its captive insurance company in Arizona if it operates in another state as long as its principal place of business is Arizona, and must hold one board of directors meeting per year in its state of domicile. “And once a captive is licensed in a domiciled state, it can write the same policy in any state,” Tabler says.

Many states have their own captive insurance laws, rules and regulations, and Zito characterizes Arizona as “reasonably competitive.” He places Arizona behind Nevada, New York, Iowa and Vermont, “states with more business-friendly captive insurance requirements” in regard to such elements as difficulty of getting a license, the amount of bond and the regulatory cost of being a captive.

The AzCIA reports that the number of captive insurance companies in Arizona has risen in recent years and is now 111. Among the advantages it sees in Arizona are flat-rate fees, which provide a cost-effective application and regulation process; no premium tax; no routine statutory exam for pure captives; and a balance between competitive law and appropriate regulatory oversight.

Single Parent (or Pure) Captive: provides insurance only to cover the loss exposure of its parent company.

Group Captive: created by a number of individual parent companies, usually within the same industry.

Association Captive: similar to a group, but sponsored or owned by an association.

Rent-a-Captive: offers a “cell” in a captive operated by another entity, which has done all the work of setting up the captive insurance company.

Segregated Cell (or Protected Cell) Captive: offers a cell in a captive operated by another entity, but users are protected from insurance claims against other users of that captive.

Risk Retention Group: formed specifically under the Liability Risk Retention Act of 1996, which allows such a formation by a group of people as long as they are all owners and are from the same industry, but it expressly omits personal lines or workers’ compensation business. A difference between RRGs and other captives is, they are licensed as insurers and so do not need a front company to put in front of a captive.