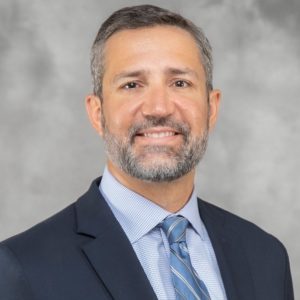 The Southwest District constructs buildings for public and private clients in a wide range of sectors including healthcare, education, data centers, commercial office, hospitality and more. It operates primarily in Sundt’s home state of Arizona as well as New Mexico and other adjacent markets. The Southwest District is responsible for award-winning projects such as the new Banner – University Medical Center tower in Tucson and Union Tempe, a mixed-use project located near the Arizona State University campus as well as many other local landmarks.

“Chad will bring a depth of strength and expertise to his new role,” said Teri Jones, Sundt Building Group President. “We are thrilled to welcome him to the Building Group. This expanded responsibility is an important step forward in Chad’s career and a recognition of his future leadership potential.”

Buck brings over 20 years of industry experience to his new role, including 11 years at Sundt. Before joining the Building Group, Buck most recently served as Senior Vice President for the company’s Industrial Group.

Buck earned his bachelor’s degree in construction management from Northern Arizona University and a master’s degree in business administration from Arizona State University. He is a member of the Arizona Builders’ Alliance Leadership Development community, the American Society of Professional Estimators, the Design-Build Institute of America, and the United States Green Building Council. He is also a Design-Build Professional, a Certified Professional Constructor and a LEED Accredited Professional.

Sundt has been building critical infrastructure across Arizona for more than 90 years. Headquartered in Tempe, the company continually ranks in the top five of ENR Southwest’s Top Contractors. Sundt’s current work in the Valley includes expansions for Gila River Hotels & Casinos – Wild Horse Pass and the Royal Oaks Community. Recently, the company completed the Canopy by Hilton Tempe and the award-winning Gilbert Road Light Rail Extension.

Sundt Construction, Inc. is one of the country’s largest and most respected general contractors. The 130-year-old firm specializes in transportation, industrial, building, concrete and renewable power work and is owned entirely by its 2,000-plus employees. Sundt is distinguished by its diverse capabilities and experience, unique employee-ownership culture and depth of self-perform expertise in nine major trades. Half of Sundt’s workforce is comprised of skilled craft professionals who, together with the company’s administrative employees, enable Sundt to fulfill its mission to be the most skilled builder in America. Sundt has 11 offices throughout California, Arizona, Texas and Utah and is currently ranked the country’s 52nd largest construction company by ENR, the industry’s principal trade magazine.