Arizona Restaurant Week Dine In or Take Out, Sep 18 to 27 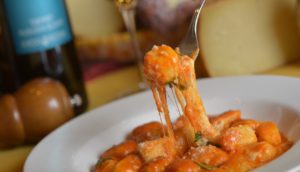 “We feel not only gratitude but also great pride in the fact that the local dining community has showed up again and again in support of our industry since closures and limited re-opening mandates,” says Arizona Restaurant Association President and CEO Steve Chucri. “We are thrilled to see that dining out — whether that means in-restaurant or getting take-out — is still such an important part of people’s lives.”

The new Fall Arizona Restaurant Week: Dine In or Take Out will operate much like the June event, which debuted the modified format including dine-in, take out and liquor to-go options.

Fall Arizona Restaurant Week Dine In or Take Out is intended to allow food enthusiasts to explore new culinary opportunities in any way that they feel comfortable dining while also giving restaurants and local chefs the economic support that they need now more than ever. 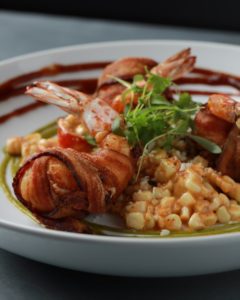 Many diners’ favorites are returning for Fall ARW, and the ARA is pleased to announce new member Alter Ego in Tempe, which is participating for the first time.

The current line-up includes nearly 80 restaurants such as:

During the Fall Arizona Restaurant Week: Dine In or Take Out, participating restaurants will follow all CDC guidelines regarding safety measures and limited dine-in capacity. Participating restaurants around the state will offer culinary adventurers dedicated menus that showcase local chefs’ creative talents through innovative dishes.

Featuring a unique tasting opportunity apart from their regular menus, restaurants will offer three-course prix-fixe menus for just $33 or $44 per person. Wine pairings to enhance each course are offered at some establishments for an additional cost.

New and returning restaurants are welcome and encouraged to participate in Fall Arizona Restaurant Week: Dine In or Take Out. Applications can be completed online at www.arizonarestaurantweek.com/restaurant-participation.

Diners can view a complete list of participating restaurants for Arizona Restaurant Week: Dine In or Take Outonline at www.arizonarestaurantweek.com. The list is updated and restaurants’ ARW menus are added as participants continue to join the lineup.