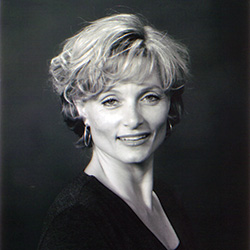 Consumers may be going back into retail establishments and spending money, but the survival of many retail businesses is due to the tenacity and innovative nature that is key to being a success in the retail industry. Independent, mom-and-pop retailers are particularly given tribute as businesses that have reinvented their models to adapt to this changing economy. Regardless of size, all retailers have been through a bit of a boot camp over the last three years. Those exercises have included rejuvenating marketing models, capturing exclusive products that aren’t available to competitors or creating an “experience” out of shopping. The common thread is the consumer isn’t shopping in the same manner that she did, even five years ago.

Competition is what makes any industry strong and retail embraces competition, but competition should be fair. However, in this wildly competitive industry, local retailers are operating at a significant disadvantage when competing with online-only retailers that have a presence in Arizona. Refusing to collect the sales tax, online-only retailers are offering their products for nearly10 percent less than local retailers can due to their interpretation of the sales tax statute. Many states around the country have recognized those same statutory inequities that put retail competition on unequal footing; Nevada, Virginia, Tennessee, Indiana and Texas have enacted changes to allow for fair competition. Those same changes need to be made in Arizona for our local retailers to flourish.

These are among the concerns covered in this issue’s cover story, “The Business of Retail: Will Only the Chains Survive?” Writer Gremlyn Bradley-Waddell spoke with executives of national chains, owners of smaller retailer operations and those responsible for retail development. She takes the pulse of the relative retail strength of national chains and local independent merchants and discusses what makes both important to the Phoenix market. She discusses new vibrancy from innovations in retail as well as the industry’s biggest challenge: online sales.

This issue also looks at the growing risk companies face of having their data compromised. In his Technology article, Don Rodriguez describes what businesses need to watch out for and makes a case for safeguards beyond anti-virus programs. Attorney Nick Jensen shares his expertise on the subject of financing in his article “From Wall Street to Main Street,” explaining the game-changing impact of the recently enacted CROWDFUND Act of 2012. And Kathy McDonald explores the new marketing strategies of our economy’s mainstay, tourism — and considers how other businesses could apply those changes to their own operations — in her Sector article “Tourism Retools Its Marketing Strategies.”

This month marks the 25th anniversary of Mayo Clinic here in Arizona. It has contributed to our community on many fronts, from quality of life to the economy. “Mayo’s 25 Years of Health and Wealth for Arizona” takes a look at the significant influence of Mayo Clinic on our business community.

Covering diverse subjects in this issue that also include social media and workplace violence, In Business Magazine focuses on content to benefit business in the Valley. I hope you will enjoy this issue.

Michelle Ahlmer joined the Arizona Retailers Association in 1993 and was promoted to executive director in 1996 by its board of directors. As executive director, she administers the ARA’s legislative and government affairs program on behalf of national, state and local retail companies. She is the spokesperson for the Association — whose 1,400-plus members range from an independent confectioner to the largest retailer in the world — and is a resource for the ARA membership as well as policy makers.