You are here: Home / In Business / Phoenix Named Bicycle Friendly Community by League of American Bicyclists
In Business  |  Live and Learn  |  June 12 2020 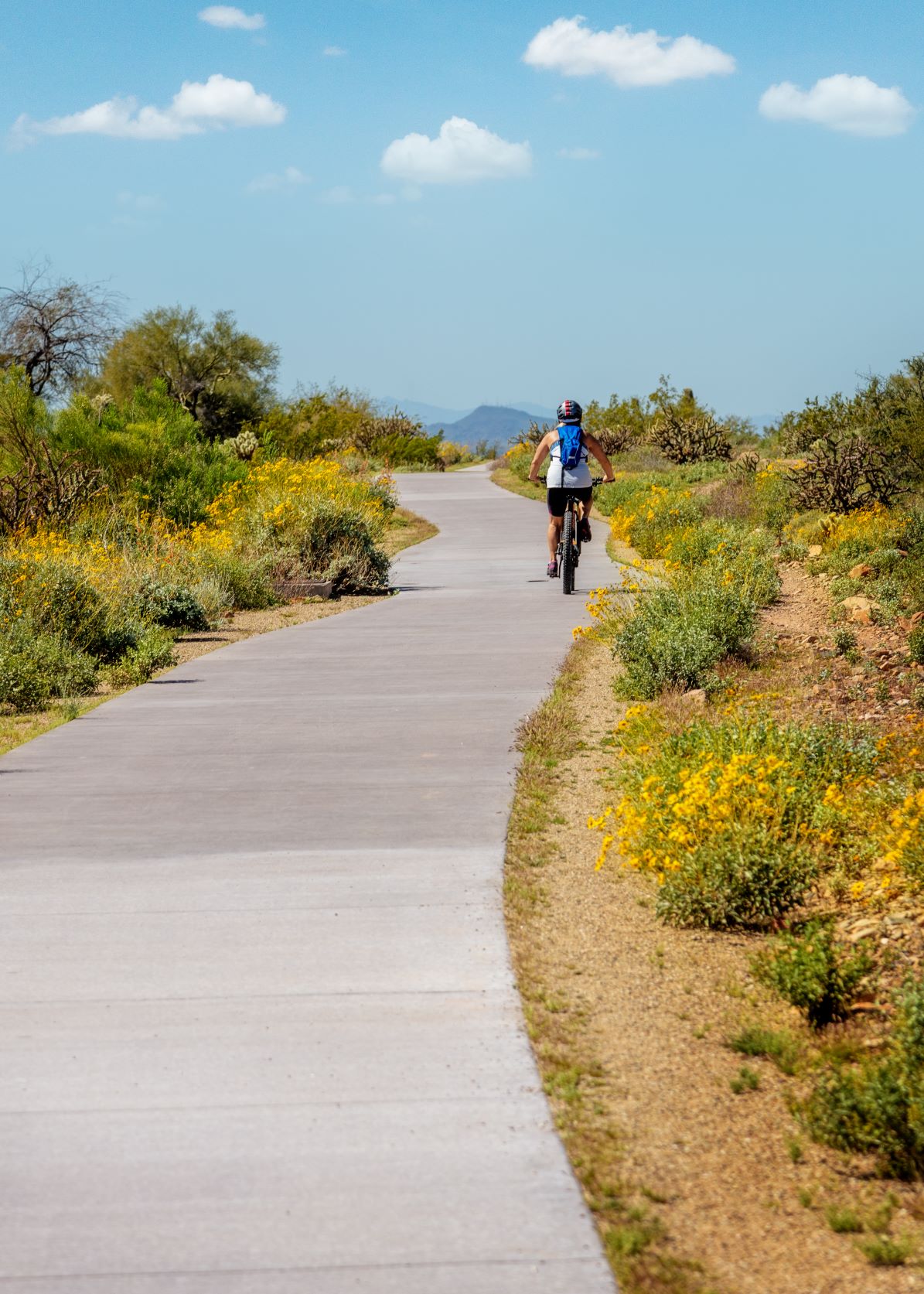 The League of American Bicyclists announced that Phoenix once again earned the Bronze-level award as a Bicycle Friendly Community for its commitment to making the city a better, safer place to bicycle. Phoenix is the fifth largest U.S. city and joins 482 communities across the country in the pursuit of safer streets and better bicycling for everyone. The award recognizes Phoenix for its commitment to improving transportation corridors and recreational opportunities that can be enjoyed by all ages and abilities.

“We are committed to making bicycling easier and safer for our residents,” said Mayor Kate Gallego. “Phoenix currently has 1,062 bike lane miles with that number continuously growing. Multi-modal transportation, in which bicycles play an important part, is the key to a healthier and more equitable future.”

Since 2002, the League of American Bicyclists Bicycle Friendly America program has accepted more than 1,800 applications for awards and there are currently nearly 500 Bicycle Friendly Communities in the 50 states and the District of Columbia.

“Phoenix made the cut and although we are happy with the Bronze award, we will continue to work with the community to make wise investments in bicycle infrastructure so we can improve our designation in the next evaluation,” Knudson said.

“Whether people are commuting to work, exploring trails or bicycling for fun and fitness, Phoenix has something for everyone,” said Councilwoman Thelda Williams, who chairs the Transportation, Infrastructure and Innovation Subcommittee. “With the Accelerated Pavement Maintenance Program, each paving project is a blank slate to reimagine how the road is used. Street Transportation is evaluating each paving project to see where new bike lanes can be added.”

“Across the country, we have seen so many Americans biking during the pandemic. It’s critical that communities like Phoenix are taking steps to make biking a safe, accessible option for people,” said Bill Nesper, executive director of the League of American Bicyclists.

To learn more about the BFC program, visit bikeleague.org/community.

Learn more about the Street Transportation Department at phoenix.gov/streets.

The League of American Bicyclists leads the national movement to create a Bicycle Friendly America for everyone. With a history dating to 1880, the League is committed to engaging diverse communities and building a powerful, unified voice for change around protecting and promoting bicyclists’ rights. Learn more at www.bikeleague.org.