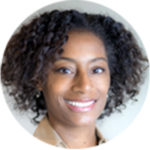 When Mesha Davis became the CEO of the Arizona Foundation for Women in 2016, she immediately hit the ground running by planning the organization’s signature luncheon event honoring actress and humanitarian Ashley Judd. Also honored were Jen Welter, Ph.D., the first female NFL coach, and Dr. Ken Snyder, local dentist with St. Vincent de Paul. With an outstanding lineup of honorees at the luncheon, Davis hit a homerun by raising more than $375,000 for AFW and, more importantly, raising awareness about the organization.

As CEO, Davis also was instrumental in releasing the Status of Women Report, a vital research piece that provides a clearer picture of the state of women’s issues in Arizona. The report serves as a roadmap for AFW to prioritize the challenges women face today and develop strategies to solve these challenges through research, advocacy and philanthropy.

Under Davis’s leadership, AFW is undergoing a branding refresh. She is overseeing the redesign of a new website and creation of new materials that reflect the Foundation’s mission and goals and place a spotlight on improving the status of women in Arizona. AFW is all about providing grants to programs specifically for women, and Davis has made it her goal to raise $5 million through endowment by 2020. It’s a lofty goal, but Davis is a firecracker who can turn any spark into a wildfire.

Prior to her current position, Davis was the chief development officer for Southwest Center for HIV/AIDS, where she led the organization’s $10.1-million capital and capacity campaign. While she was there, the organization celebrated its 25th anniversary with its largest annual black-tie fundraising gala; its raising of more than $750,000 earned it a ranking in the Phoenix Business Journal’s top charity events.

Davis’s nonprofit career started with the YMCA of Metropolitan Milwaukee, where she held seven leadership positions during her 11 years. She opened and operated a $16-million, 114,000-square-foot YMCA; 500-student K-5 to 8th grade charter school; and 100-capacity childcare center — which resulted in an increase in memberships and program enrollments. Additionally, Davis served on two major national YMCA health initiatives.

Davis received a Master of Science in Management from Cardinal Stritch University and a bachelor’s in business administration from the University of Wisconsin-Milwaukee.

A native of Milwaukee Wisconsin, Davis lives in North Phoenix with her fiancé, Doug Carter. She likes to run, hike and ride her bike in the beautiful Arizona sunsets and mountain views.