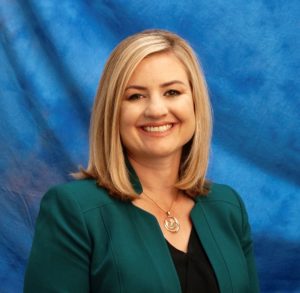 Mayor Kate Gallego has spent her career working to find solutions to complex problems. Prior to being elected as mayor, she served for five years as the city councilwoman for District 8, a large district covering much of South Phoenix. Her record of proven results includes leading the campaign to pass Phoenix’s citywide transportation plan through 2050 and working to ensure equal pay for equal work.

While on the council, Mayor Gallego helped make Phoenix a leader in job creation, and worked with police and firefighters to improve public safety and make neighborhoods more secure.

In March 2019, Mayor Gallego became the second elected female mayor in Phoenix history and the youngest big-city mayor in the United States. Mayor Gallego is passionate about building a Phoenix that works for everyone, including her two-year-old son, Michael, and she led the effort to partner with AARP to make Phoenix a city where seniors can thrive. She believes everyone should have access to cuttingedge medical care, and has led on expanding Phoenix’s biomedical campus. Mayor Gallego is working to grow the city’s economy, create jobs and stand up for the city’s core values.

Prior to being elected mayor to the city that she loves, Mayor Gallego worked on Strategic Planning and Economic Development for the utility company, Salt River Project. She worked to attract new companies and jobs to Phoenix. Mayor Gallego graduated from Harvard University and earned an MBA from the Wharton School of Business at the University of Pennsylvania.