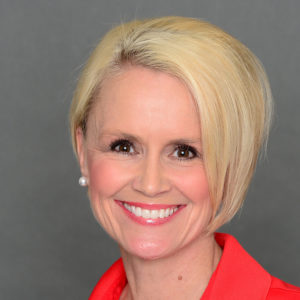 The D-backs’ commitment to the community is demonstrated in unique programs, created by Castaldo and her team, including the D-backs Youth Jersey Program launched in 2014. The charitable program provides jerseys and hats to youth baseball and softball leagues across the state. In 2019, with support from Fry’s, Tide and Steward Health, the D-backs Youth Jersey Program expanded to include 115 leagues and 70,000 players and coaches from across Arizona. In April, the “Diamonds Back” Field Building Program, in partnership with APS, dedicated its 42nd youth baseball field, celebrating the life and legacy of Jackie Robinson.

Education is a top priority for Castaldo and the D-backs, including the D-backs School Challenge presented by University of Phoenix. To date, the Foundation has awarded $850,000 to 170 winning schools from across Arizona. The D-backs Science of Baseball presented by Chase and Insight is a comprehensive STEM initiative that uses baseball as the platform to teach science, technology, engineering and math. D-backs Most Valuable Teachers program celebrates the efforts of outstanding teachers from across Arizona.

Castaldo earned a degree in business administration and marketing from the University of Texas at El Paso in 1992. She is active in the community and has served on the board of the Ronald McDonald House, US Airways Foundation, the Harmon Killebrew Foundation, and extensive committee and advisory roles that include the American Heart Association, March of Dimes, Celebrity Fight Night Foundation, Lou Grubb Friends Fore Golf, Florence Crittenton, Go Red For Women, Anti-Defamation League and many more. She was recently named an Honorary Commander for the 56th Fighter Squadron at Luke Air Force Base. In 2018, she received the Positively Powerful Woman Award for Corporate Leadership. She has also received the Heart of the House Award for her impact on Ronald McDonald House Charities in 2011 and was named the 2008 YWCA’s Woman of Distinction for her philanthropy work in the community.

Castaldo and her husband, Vince, live in Peoria with sons, Jake and Zack.