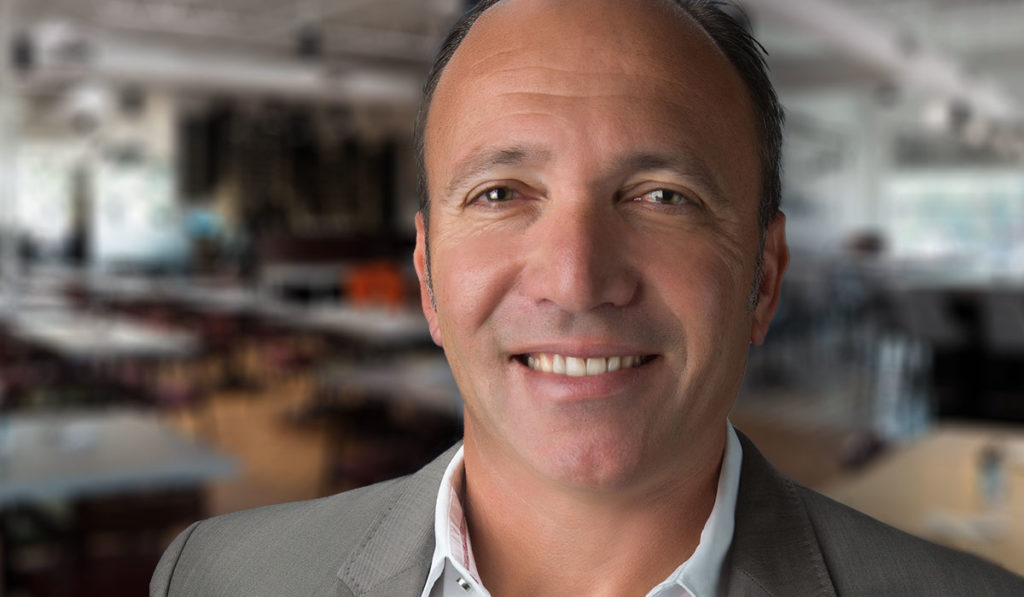 More than two decades ago, three Arizona State University students teamed up to open a health food restaurant called Pita Jungle, and today, it stands as the go-to spot for delicious, mindful cuisine with 20 locations throughout Arizona, half of which are franchises. The latest opening at Phoenix Sky Harbor International Airport took the concept to new heights.

Bassel Osmani founded Pita Jungle in 1994 with Nelly Kohsok and Fouad Khodr, acting on  an idea they had discussed while attending ASU. The three friends often socialized outside of classes, and they all had a similar hard-working attitude and vision for the future. Upon graduating college, they all recognized a need for more healthy restaurants around the university’s Tempe campus, and set out to make a difference by leveraging their own personal experiences gained by working in the local restaurant industry. It was then that the vision for Pita Jungle was born.

“Pita Jungle was founded on the principle of serving the best quality food at a reasonable price with exceptional customer service,” says Osmani. “Instead of focusing on profit right out of the gates, we placed bringing people through the doors as our top priority. Another key component and differentiating factor for us was the vegan and vegetarian menu items. At the time when we started, there was only one nearby market offering these kinds of options, and our team wanted to make healthy, great-tasting food readily available for those leading both lifestyles.”

With only $15,000 and a vision, the trio opened the first Pita Jungle location in Tempe in 1994. They built the restaurant with their own hands, employing the help of only one handyman.

By 2000, Osmani , Kohsok and Khodr had opened two more locations and knew they had a winning business model. The first wave of franchisees that spurred the growth of Pita Jungle started from within, with its servers, cooks and managers. They all understood and absorbed the Pita Jungle culture and food as well as the restaurant’s standards of exceptional customer service. The first of these franchises opened in 2008 in Gilbert; today, there are 10 franchise locations. The other 10 locations are owned by Osmani, Kohsok and Khodr.

Early into the franchise development, Pita Jungle perfected its service-food-price balance, which Osmani calls the “trinity.” He says this provides their franchisees a valuable road map to achieve a success similar to what he and his partners have experienced with their existing locations.

While customers can experience the same service, food and price at any Pita Jungle, each location is also different in its own way. Each is designed to have a unique character that is reflective of the times and the locality. From the unique décor and original artwork by local artists, to the custom, handpicked music playlist and creative non-formulaic staff, there are no cookie-cutter locations for Pita Jungle.

“This has definitively been an elemental piece that differentiated our restaurants and made us stand out and therefore succeed over other concepts and the larger chain restaurants,” says Osmani.

Pita Jungle has wowed its customers since day one and mastered “The Art of Eating Healthy” with its mission of helping guests sustain a healthy and balanced lifestyle. The restaurant serves up a diverse menu of tasty, fresh, wholesome foods, including a variety of vegetarian, vegan and gluten-free options. Pita Jungle’s menu is influenced by tastes from around the globe, with the benefits of the Mediterranean diet always apparent through the use of healthy lean proteins, veggies, legumes, nuts, grains and fruit.

“The people and the food are what really make our business model successful, and we are extremely grateful for that,” Osmani says. “We are looking forward to more growth in 2018.”

In addition to the 20 Arizona locations, Pita Jungle has one location in Newport Beach, California, and has plans to continue opening new locations in Arizona and nationwide.