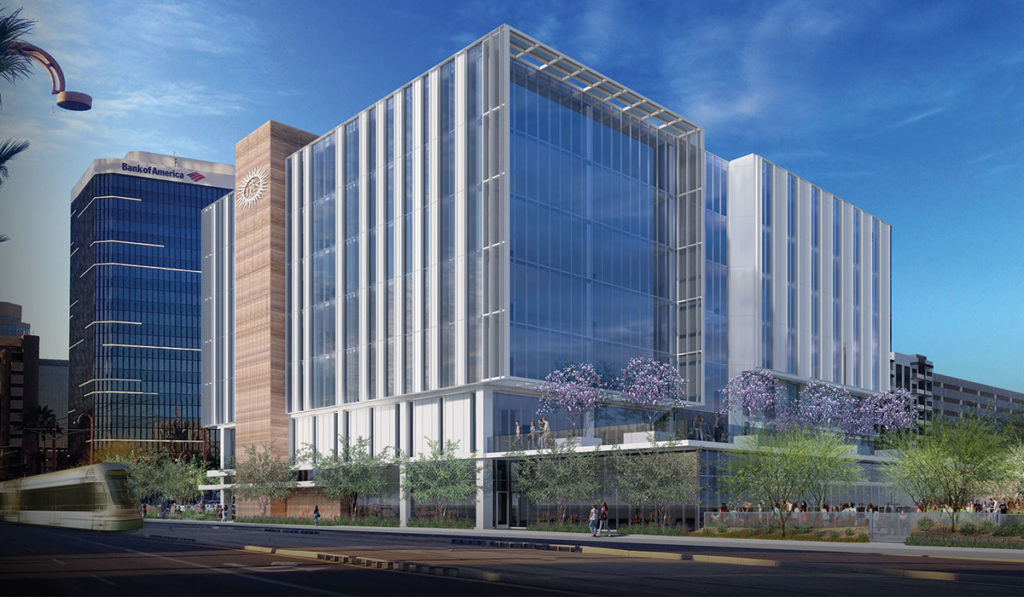 On what has been part of the parking lot for Park Central, the mid-town Phoenix mall on Central Avenue, Creighton University will be building a two-story, 180,000-square-foot medical school and student residences. The four-year health sciences campus is part of the adaptive reuse of the Southwest’s first enclosed shopping mall; Creighton is taking the southeast corner of the parking lot, across the street from the headquarters of Banner Health, adjoining the regional headquarters of Dignity Health, and across the parking lot from St. Joseph Medical Center, Barrow Neurological Institute, the Mohammed Ali Parkinson Center and Norton Thoracic Institute. Construction will begin this spring, with completion projected for spring of 2021.

The $100 million project expands Creighton’s presence in Phoenix as the university helps answer the growing demand for healthcare professionals in the coming years. The new Phoenix campus for Creighton will meet the University’s current needs while providing ample room for expansion in the future, and the central Phoenix location makes it convenient for students doing their residencies and other studies at nearby hospitals. Construction on the new building will begin in spring 2019, the first on the Park Central site in decades, and is expected to be completed in spring 2021. 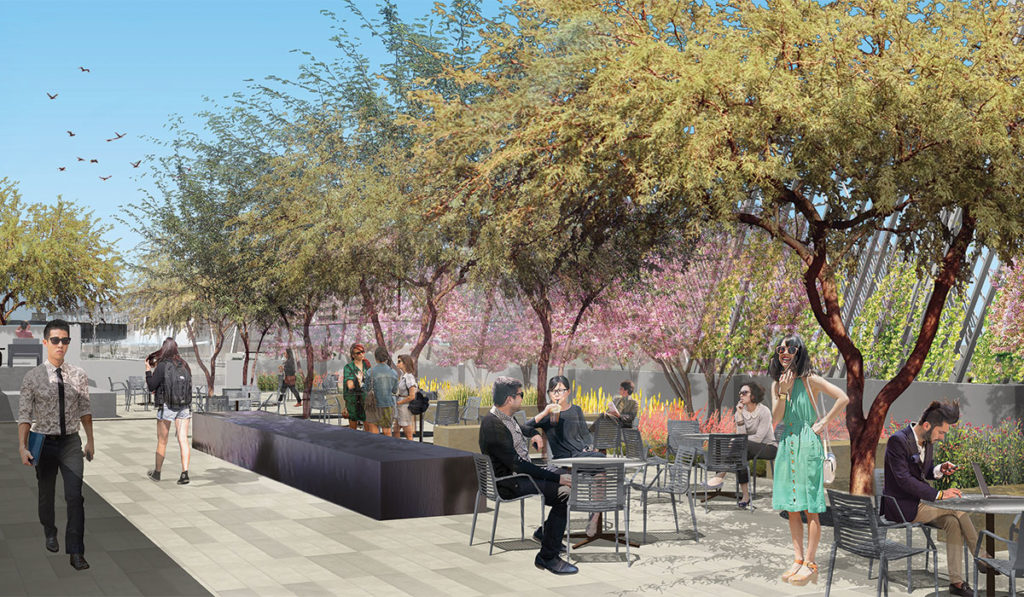 In June 2018, the Creighton University School of Medicine assumed sponsorship of physician graduate medical education training programs at Dignity Health St. Joseph’s Hospital and Medical Center and Maricopa Integrated Health System, in conjunction with District Medical Group, encompassing 11 programs with 325 residents and fellows. Additionally, the four partners have formed the Creighton University-Arizona Health Education Alliance, which was officially launched on Sept. 1, 2017. It is designed to improve and expand current health education programs offered by each of the entities. The Alliance will also develop new academic and clinical education programs in medicine, nursing, pharmacy and allied health. The Alliance’s activities will also be based out of the new Park Central facility.

With the addition of Creighton’s medical school, Greater Phoenix is now home to 17 major healthcare projects, which will generate more than $2 billion for the Phoenix economy and create more than 5,000 jobs over the next three years. In fact, Phoenix’s “MedTown” Triangle has the highest location quotients of bio, scientific and health professionals in Arizona and one of the highest concentrati ons in the United States. Nearly 10,000 people work in the Phoenix Biomedical Campus alone.