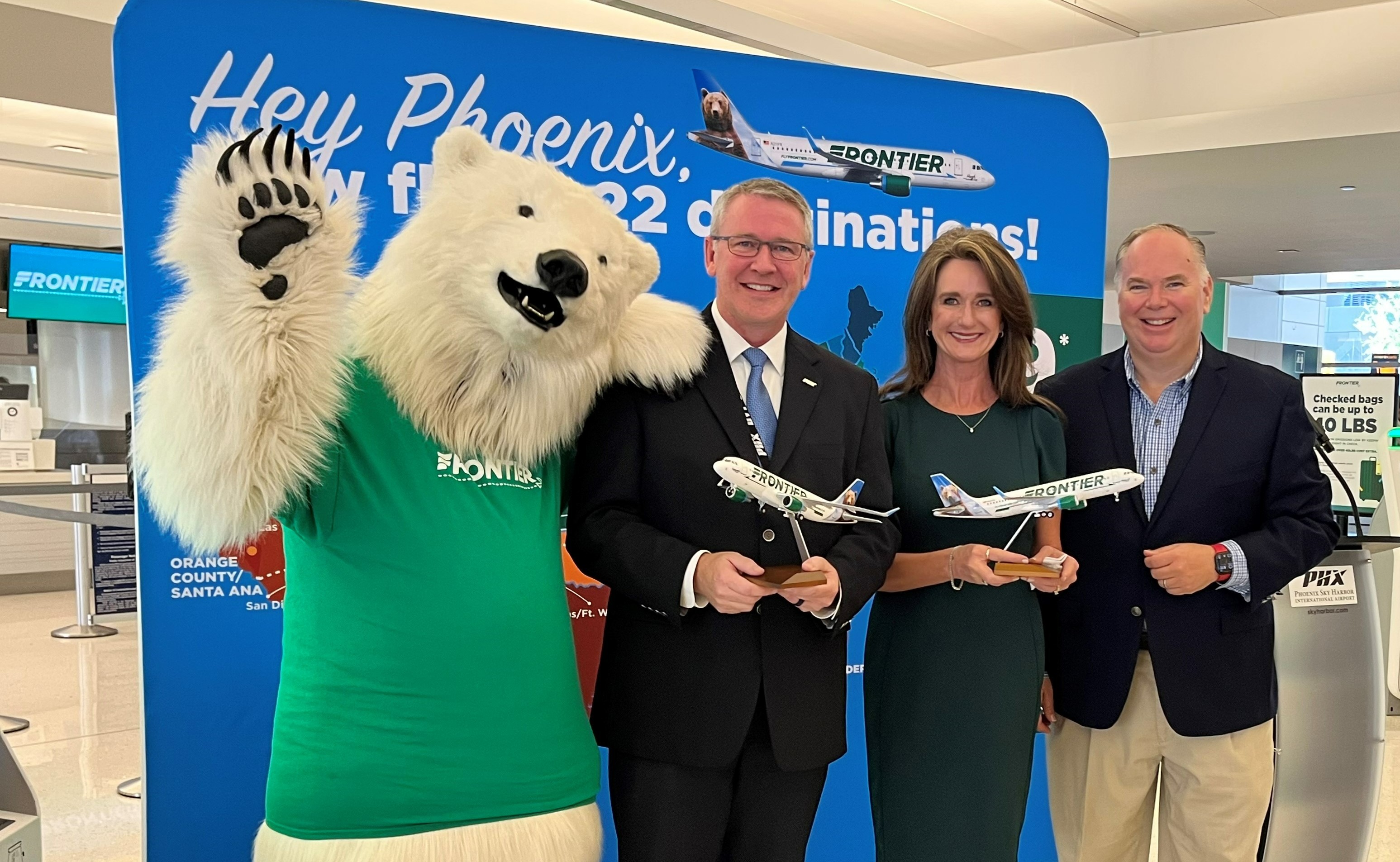 Frontier’s continued growth at PHX will be supported through the planned November opening of a new crew base, which is expected to initially employ up to 180 pilots and 275 flight attendants.

“Frontier Airlines is quickly advancing in Phoenix, and these ten new routes mark the growth of business and leisure travelers choosing our great city as a destination,” said Phoenix Mayor Kate Gallego. “We are grateful for the commitment that Frontier has made with its crew base and the employment opportunities it provides. More people will discover why Phoenix is a great vacation destination, business hub, and place to call home.”

Frontier operates the largest A320neo fleet with an average fleet age of four years. The aircraft have ultra-efficient engines as well as lightweight comfortable seats. Frontier is 43% more fuel efficient than other airlines.

**Service will be offered less frequently through mid-February and then offered as reflected in the grid above starting the week of Feb. 19, 2023.

Find more information on all the places you can travel from America’s Friendliest Airport® here.