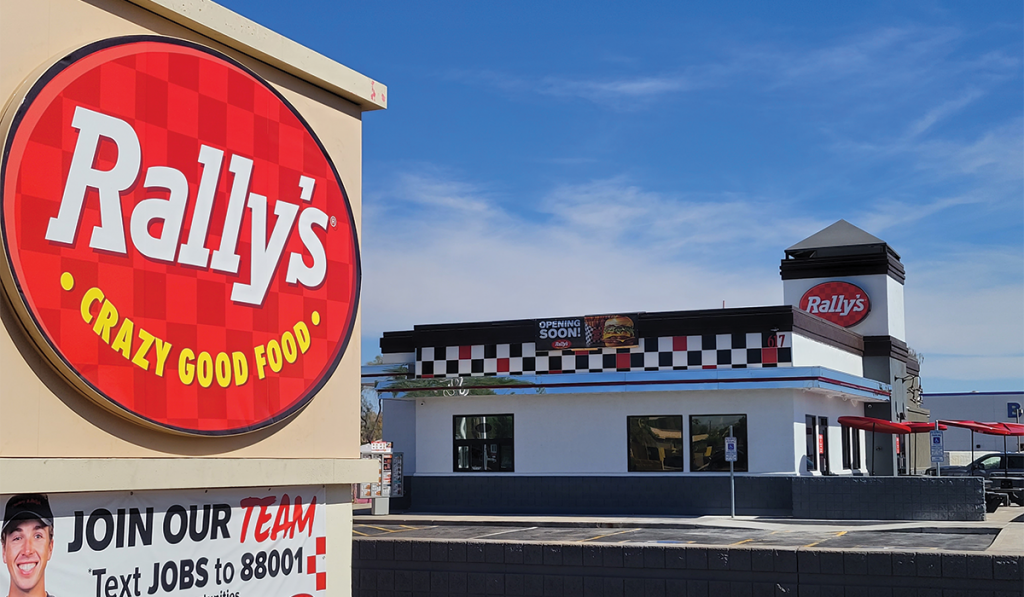 Checkers & Rally’s expansion plans have started to take shape with the planned openings of three new franchised restaurants in the summer of 2022 and 14 more restaurants to come by the end of 2026. Capitalizing on its small real estate footprint, double drive-thru format and ample white space to grow, Checkers & Rally’s goal is to bring its award-winning seasoned fries and Big Buford burgers to all of Phoenix and its surrounding cities.

The resurgence of the Phoenix market began when longtime franchisee Bruce Ong reopened three Rally’s locations in 2019, sparking a renewed interest in new restaurant development. Joining Ong in the acceleration of the expansion plan are two additional franchise groups led by Keith Gallagher and Dan Leung. Leung’s newest location at 617 W. Bell Road in Phoenix has just opened (May 31st), joining his first restaurant at 403 N. Greenfield in Mesa that opened the year prior.

Helping intensify this growth is retired U.S Air Force Lt. Colonel Keith Gallagher, who, along with his partner Gautum Ramchandani, will open their first Rally’s in July at 7890 W. Thomas Road in Phoenix followed closely by restaurant number three for Dan and his group at 1935 W. Northern Avenue in Phoenix.

“It’s been a pleasure serving the Phoenix community, and we look forward to continued success in an incredibly high growth market,” says longtime franchisee Ong, who currently operates eight Rally’s restaurants in both Arizona and California.

Checkers and Rally’s operates under the Rally’s flag in the Phoenix area. With more than 800 restaurants, Checkers & Rally’s is excited to bring our innovative restaurant format with a proven track record, national presence and a strong return on investment for franchise owners.

Kris McDonald is the vice president of development at Checkers & Rally’s.