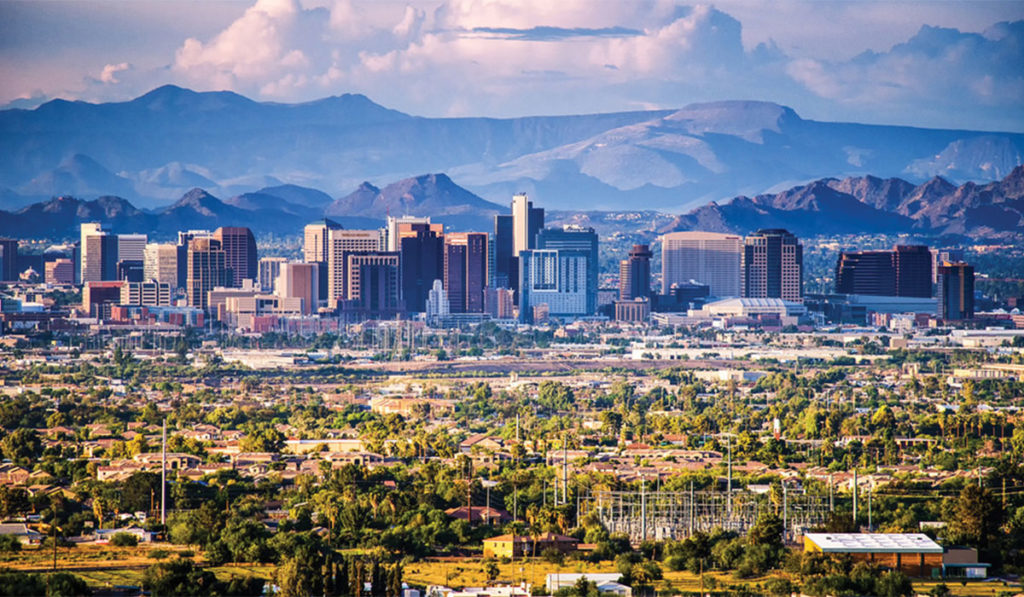 Drivers of the logistics include the local interstate system and Phoenix Sky Harbor International Airport. Phoenix recently expanded its local interstate system, and its location along Interstate 10 gives the market a significant logistical advantage in reaching the Southwest populace. Sky Harbor is a burgeoning air cargo hub utilized by both FedEx and UPS that ranked 18th in the country in total cargo in 2016.

The Greater Phoenix market was one of the hardest hit by the subprime mortgage collapse and subsequent recession, with overall vacancy rates topping out at 16.6 percent in 2009. Vacancies have declined every year since thanks to strong activity, and finished 2017 at 8 percent — 1.4 percentage points lower than the previous year and the lowest overall vacancy rate in more than a decade.

Activity skyrocketed in 2017 as many large tenants took advantage of the market’s growing population, economic rental rates and significant logistics advantages. The region is competing and winning against other southwest U.S. markets for large tenants, including Huhtamaki North America and Chewy.com, which selected the region to occupy large industrial facilities in 2017. These deals, along with a plethora of other transactions, created more than 9.2 million square feet of net absorption in 2017, the most in more than a decade.

While the pace of post-recession development peaked in 2013, a robust 5.6 million square feet were completed in 2017. Despite a significant amount of activity, under-construction product dropped in the region to 3.4 million square feet at year-end, the lowest since 2013. Because of this drop in available product from new development, vacancies will continue to decline in the coming year.

Asking rents have trended higher over the past five years, with annual growth averaging more than 3 percent over that time period. In 2017, asking rents rose more than 2 percent compared with the previous year, finishing at $6.82 NNN. With vacancies projected to further decline in 2018, asking rents will continue to increase, making the market even more attractive to institutional investment in the coming year.