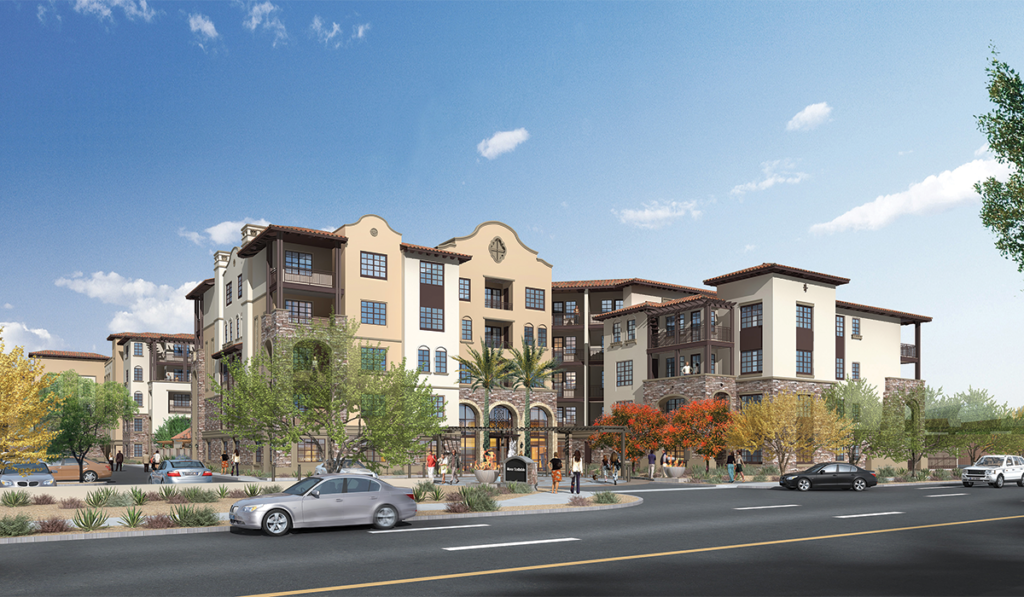 The Related Group, an international developer known for its sophisticated metropolitan “for-sale” condominiums, rental and mixed-use projects, recently broke ground on its first multifamily project in Arizona, The Manor Scottsdale. “The Phoenix metro area is one of the fastest-growing and most desirable locations for developers,” says Michael D’Andrea, Southwest regional vice president. “There is a known shortage of existing multi-family housing, as well as an increased demand for newly built living spaces in both urban cores and their sister suburban locations. Due to the limited amount of available land, there is a higher demand for new construction in these areas that offer a more upscale luxury living option — especially as people are spending more time at home.”

Located at 13220 N. Scottsdale Rd. in Scottsdale, Ariz., the 286-unit upscale multi-family residential apartment homes will be conveniently situated between Scottsdale Quarter and Kierland areas in what is known as the Shea Corridor. The property provides walkability to the area’s many shops and restaurants and close proximity to the Scottsdale Airpark.

This milestone was the first of more than 20 groundbreakings Related Development expects to celebrate over the next 12 months, bringing more than 6,700 units — valued at more than $2.1 billion — to the Southwestern and Southeastern markets, three of which are local: Phoenix, Chandler and North Scottsdale.

“In our current real estate climate, there is a significant draw towards new multi-family housing and the pristine amenities they provide,” says D’Andrea. “As people are still choosing to live in urban areas, they are inclined to select a luxury unit offering high-quality amenities over a single-family home. Some of the amenities that will be available in our communities include sanitized gyms, open-air spaces and touchless concierge services. The Related Group is known for providing beautifully appointed property amenities, thus creating a niche opportunity in the Greater Phoenix luxury living market.”