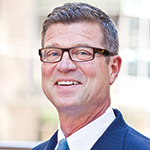 Continuing to grow and nurture a thriving technology industry in Arizona is fundamental to the state’s economic recovery. That is why, as the one of the largest technology-driven trade associations in the country, the Arizona Technology Council is deeply concerned about legislation in the U.S. Senate that could stifle innovation, limit employment opportunities and threaten Arizona’s thriving technology sector, as well as the state’s economy.

Nearly all Democrats in the Senate—with the exception of Senators Kyrsten Sinema and Mark Kelly—have signed onto the Protecting the Right to Organize (PRO) Act. This bill contains a number of provisions that would undermine local businesses and threaten economic development efforts statewide. Supporters are trying to misrepresent the PRO Act as a way of protecting the rights of workers to unionize, but in reality, it compromises their rights while erecting new barriers that make it harder for Arizona businesses to grow.

When it comes to the rights of employees, the PRO Act disregards the basic right to privacy. This bill, which would give union organizers access to personal information such as home addresses and phone numbers, would potentially expose workers and their families to being possible targets for union agitation.

The PRO Act would further step on the rights of employees and employers by giving more power to the U.S. government to set binding arbitration terms for both parties. Essentially, if negotiations extend past four months, a government arbitrator could step in to determine and enforce the terms of a contract without having even a basic understanding of the business or allowing workers to vote on contract terms. The only ones who benefit from this arrangement are unions looking to increase their membership numbers.

This bill would also limit growth in the technology industry by taking aim at independent contractors and gig economy workers. It would, among other things, make it significantly harder to qualify as an independent contractor, meaning many Arizonans who have turned to independent, flexible work would lose that status as well as the flexibility they have come to enjoy.

Technology companies throughout the state and across the country rely on their relationships with independent contractors and freelance workers to deliver their products and services to consumers. And, thousands of Arizonans have come to rely on the additional income that working for these companies has provided, especially throughout the pandemic. Policymakers should be looking for ways to increase these employment opportunities, not limiting them as the PRO Act would do.

This bill is not in the best interest of Arizona workers, technology businesses or the economy. Sinema and Kelly should oppose the PRO Act and position Arizona’s technology industry for growth to power innovation, job creation and economic investment.

Steven G. Zylstra is the President and CEO of Arizona Technology Council.